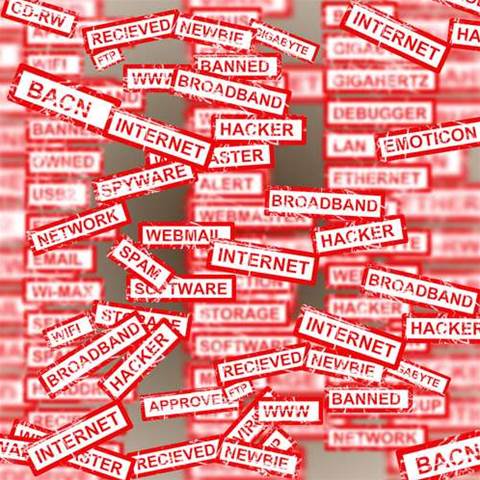 ISP iiNet claimed to have had difficulty understanding some of the terms used in infringement notices from AFACT, but did not explicitly seek answers from the film industry in return correspondence, the Federal Court heard today.

The wording of iiNet's response to the Australian Federation Against Copyright Theft's letters alleging infringing activities were occurring on the ISP's network was examined in - at times - microscopic detail by the film industry's lead barrister, Tony Bannon.

At issue was whether the terminology AFACT used in a spreadsheet included with its letters to iiNet, which recorded investigative details of the alleged infringements, was understood by iiNet when the ISP drafted its response.

"You say to His Honour that you were concerned [about the meaning] but you agree that you didn't so much as identify to [AFACT executive director Neil] Gane in this [return] letter the particular matters you didn't understand?" Bannon asked Dalby.

"You didn't say, ‘These are matters we don't understand. Please explain'?

"Why didn't you request Mr Parkinson in the final letter include [a list of] terms you didn't understand and request [AFACT] to explain those specific matters?"

"We chose the words we chose at the time," Dalby replied. "We indicated in that letter that items were unclear.

"There was no legend associated with this spreadsheet. I had to make an assumption [as to its meaning]. We asked AFACT for more information."

Dalby said iiNet had "invited an exchange" with AFACT to provide further clarification to the ISP.

"And what - you expected AFACT to guess at the matters [you didn't understand]?" Bannon posed.

"I expected AFACT to contact us in relation to the matters," Dalby responded.

Earlier in the afternoon, Dalby was the subject of an esoteric examination of what he understood to be the meaning of internet industry terminology, including the words ‘peer' and ‘service'.

The examination included an at-times line-by-line walkthrough of a University of Washington study [PDF] of peer-to-peer networks, which Dalby agreed he had read prior to drafting the AFACT response, and may have contributed to his understanding of the various terms included.

It later became clear that one example of confusion in the AFACT spreadsheet was use of the term ‘peer IP' to describe the IP address of an iiNet service.

"Peer IP is not a term I used," Dalby said. "It was unclear to me what peer IP meant."

A significant amount of time in the session was also devoted to understanding how an IP address was allocated.

"The service requires an IP address. Computers access the service."

In an attempt to rephrase, Bannon then asked whether Dalby understood that peer IP "was a reference to an IP address allocated by iiNet to a particular customer account on which a particular computer was offering to share a particular file named in the [spreadsheet]."

"Again, the IP address is allocated to the service - it's not allocated the account," Dalby stated.

"And it's my use of [the word] account that's confusing?" Bannon asked.

Dalby agreed. "There could be multiple services on an account," he said.