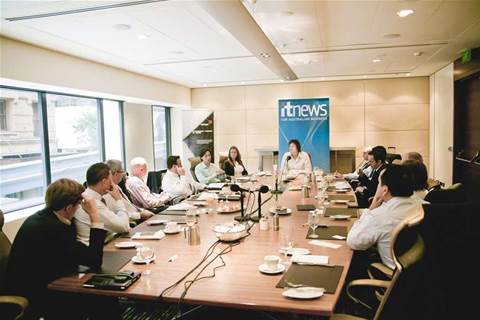 The Federal Government’s introduction of a carbon pricing scheme has support in one of the least expected industries: data centres.

As of July, large Australian industrial companies will pay $23 per tonne of emissions prior to a carbon emissions trading scheme coming into play in mid-2015. Power utilities are among those organisations to be worst affected.

Data centres, which typically account for between one and two percent of a nation’s total power consumption, face increased costs as a result of the legislation.

But there were few gripes about the tax at a meeting of ten of the largest data centre providers in Australia, who collectively made up iTnews’ Power Panel [iTnews subscribers can download the full iTnews Power Panel report free].

Telstra’s general manager of managed data centres, Jon Curry, noted that the $23 per tonne carbon price “is going to add to all our power budgets without us getting anything out of it.”

But Curry, and several of his peers, predicted that the tax will act as a lever to drive enterprise and Government IT buyers towards more power efficient facilities. And more often than not the most efficient data centres are being built by service providers rather than in-house IT teams.

“There will be a jolt to the system on July 1,” said Aidan Tudehope, managing director of Macquarie Hosting, which just invested $60 million in a modern energy-efficient facility in the west of Sydney.

Tudehope said the increased prices will force CFOs at large organisations to consider power consumption and seek credits by reducing power over time.

“The part I think is exciting for the data centre industry is we are all of a scale where we can invest in working out how to reduce our carbon footprint,” Tudehope said.

“I look at the IT manager who might have a few small computer rooms around the country, he has no chance. He doesn’t have the skill or budget to bring someone on, whereas all of us here can hire someone whose job it is to think about whether we are running as efficiently as possible.

“As the price of power goes up, yes it might impact our bottom line if we choose not to pass it on or can’t pass it on, but overall I think it is potentially good news for the industry because we will be the ones that will be more efficient as we invest in new infrastructure."

Leighton-owned Metronode, which is building a network of power-efficient data centres around the country, took the same stance.

Metronode general manager Malcolm Roe said the average data centre in Sydney or Melbourne today runs a power usage effectiveness score of over 2. That means it takes as much power to cool the servers, storage and networking equipment as it takes to run the IT load.

Metronode and its peers are aiming for PUEs of 1.4 by building modular facilities in which the ambient outside air (when it falls below a temperature threshold) is used to cool the equipment.

“The carbon tax is a massive opportunity for wholesale providers,” he said. “We pass our power costs on to our tenants, so the risk is really for the tenants.

“The opportunity for us is that as power costs increases with the carbon tax, more and more focus will come on energy efficiency. We calculate that for every of megawatt of IT load, a modern data centre could save a million dollars a year at today's prices. As you increase the price the gains are exponential.”

Across several industries, customers are already making this a prime consideration.

“We are starting to see more and more power efficiency commitments from customers,” Roe said.

Location, system availability, network latency and security might be the usual questions to ask around data centre selection, but power consumption is now a key item on the agenda.

“The latter was something nobody cared about. Now electricity consumption is one of the highest costs of all of those components and if you add the 1st July jump and look at what price the analysts expect the price of electricity to go [for], it will be tremendous for those of us that invested in good quality, purpose-built data centres. You’d be an absolute lunatic to keep it inside your own building.”

The real competitor to co-location service providers won’t be in-house data centre builds, but rather services offered over the network from cheaper, offshore facilities.

“The bigger question for our industry is what are we doing to make sure customers move into an Australian data centre, not into the big Google, Amazon or Microsoft data centre outside of Australia – where none of us get a click of the ticket,” said Glenn Gore, chief technology officer at Melbourne IT.

“Our industry needs to do more to sell the benefits of not just privacy and locality of data but also about some of the efficient data centres that are in Australia.

"We should be selling the scale and protection you get from having some good solid operators having facilities in Australia.”

Subscribers are welcome to a free download of the ‘iTnews Power Panel’ report.

How do you feel about the carbon tax? Will it hinder or help your business? Comment below.