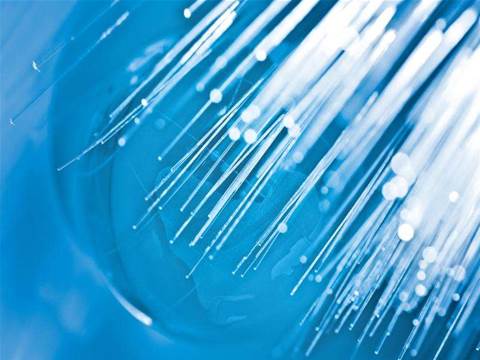 Almost half of all Tasmanian premises in NBN's stage one zones have signed up to fibre services that will launch in "a few short weeks", according to Communications Minister Stephen Conroy.

Addressing the Senate this afternoon, Conroy described a "huge amount of enthusiasm" in the community for stage one NBN services.

Construction of backhaul links for the pilot program in Midway Point, Smithton, and Scottsdale was completed in advance of the 1 June launch of a Tasmanian Network Operations Centre (NOC).

"The rollout in Tasmania is now well underway," Conroy told Parliament. "We are on track to deliver the first of these [NBN] services in a few short weeks."

While the services have yet to be launched, ISPs iiNet, Primus and Internode have announced pricing for NBN access that range from $29.95 per month for a 25Mbps/2Mbps service to $159.95 for 100Mbps/8Mbps.

"We are already seeing an emerging price war between the three [NBN] providers," Conroy said. "That's what the NBN is all about - creating a competitive retail environment."

Last week, The Australian reported that the Tasmanian Government expected only 16 percent of homes and businesses passed by the NBN fibre network to choose to connect to it by 2023.

Conroy's estimates were far more optimistic: "There has been a huge amount of enthusiasm in the community for these services.