Computer memory errors on the rise 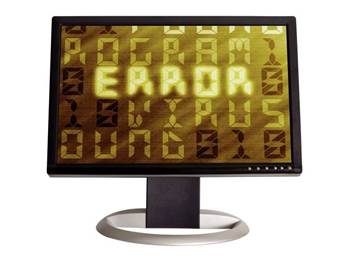 Computer users are being plagued by DRAM memory errors much more than previously believed, according to a DRAM Errors in the Wild report (PDF) produced by Google in collaboration with the University of Toronto.

In a three year programme, researchers found that memory modules failed an average of 25,000 to 75,000 times for every billion hours of operation.

This is two orders of magnitude higher than the previously reported error rates of 200 to 5,000 failures per billion hours. The figures may explain why some computer systems crash on a fairly regular basis while others do not.

However, it seems that memory errors are not exactly rare events any more. Google said that the probability of memory failures is even higher if the computer in question has recently experienced a corrected memory error.

This is dependent on the computer having error-correcting memory hardware, which the vast majority of desktop and notebook PCs sold to consumers do not as this type of memory is mostly used in servers.

The study found that a computer that has already had one memory error is several hundred times more likely to have another one.

Got a news tip for our journalists? Share it with us anonymously here.
Copyright ©v3.co.uk
Tags:
computerdataerrorerrorshardwarememorysecurity