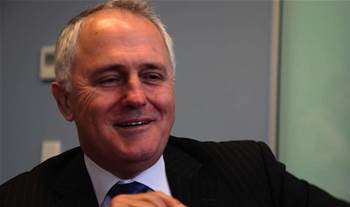 FTTP costs too much, would take too long.

A panel tasked with providing a cost-benefit analysis on the national broadband network has found a multi-technology mix NBN would provide the greatest net benefit to society, compared to a complete fibre-to-the-premise model.

The panel, headed by Michael Vertigan, was appointed by the Coalition in December last year to conduct a cost-benefit analysis of broadband in Australia, which it released today. The same panel was also tasked with a review of the NBN regulatory arrangements, which will be made public in the coming days.

In its 196-page report, which covers 2015 to 2040, the panel said the net benefit to the country of continuing on a full FTTP rollout would be $1.8 billion, compared to a net benefit of $17.9 billion for the Coalition’s preferred multi-technology mix (MTM).

The societal benefit of an FTTP network would be burdened by the higher cost and slower speed of the rollout, to the tune of $16.1 billion, the report said.

The panel calculated that the total resource cost for the MTM model would come in at $24.9 billion, compared to $35.3 billion for the FTTP approach.

“The FTTP scenario only outperforms the MTM scenario in cases where … FTTP costs are low, the discount rate is low, [fibre-to-the-node] FTTN under‐delivers on expected speeds, there is very rapid growth in the demand for high speeds and no upgrades are allowed in the MTM scenario."

The multi-technology mix scenario - which includes FTTP to around 1.5 million premises; FTTN to the remainder of the fixed-line footprint; and HFC, fixed wireless and satellite solutions to the regions - has “significantly greater option value” than the FTTP model, because it avoids high up-front costs while still providing improved broadband, the report said.

“Should future demand grow more slowly than expected, it avoids the high sunk costs of having deployed FTTP.

“On the other hand, should future demand grow more rapidly than expected, the rapid deployment of the MTM scenario allows more of that growth to be secured early on, with the scope to then upgrade to ensure the network can support very high speeds once demand reaches those levels.”

The panel appointed a separate body, the Communications Chambers, to provide a forecast on Australian bandwidth requirements until 2023 to use in calculating the actual bandwidth requirement within a household, and to assist in working out the net benefits of the MTM and FTTP models.

The Communications Chambers modelled 12 categories of applications - from Facebook to online taxes to Salesforce.com - based on a set of assumptions (including that movie downloads would be four times faster in 2023) and found the median household (made up of two people) would require bandwidth of 15 Mbps, while the top five percent of households would need 43 Mbps or more.

The broadband service of a single-person, low-usage household without HD TV would mostly sit idle but would have several hours at 5 Mpbs and short periods of between 8-10 Mbps, the report found, while a four adult household would almost constantly use broadband during “busy hours”, at times at 20Mbps or higher.

Using that data, the panel found the multi-technology mix model would provide a greater growth rate in how much people were willing to pay for broadband over the FTTP model.

It found FTTP would only beat MTM if the rate that people were willing to pay for speeds offered only by FTTP grew at more than 13 percent every year for the next ten years, which it called "unrealistic".

“Users of broadband would prefer an increase to their current speeds quickly, rather than to wait longer to gain a higher level of speed. This means consumers place a greater value on the early deployment of high speeds rather than on the slower deployment of very high speeds using FTTP."

Customers valued an increase for lower levels of download speeds - from 5 Mbps to 10 Mbps - more than an increase in higher levels, from 50 Mbps to 55 Mbps, it found.

“It is better to first roll out the MTM scenario, as this delivers improved speeds quickly and gives higher immediate benefits. The higher costs of delivering FTTP can be delayed until there is sufficient demand - until [willingness to pay] is sufficiently high.

The panel found that most of the benefit to be gained from high-speed broadband would relate to private use within households and businesses.

Public benefits - such as in health and education - only represented a “very small proportion” of the total benefits available, according to the report.

“This reflects patterns of internet usage as well as the fact that, as currently understood, most public good uses require relatively low bandwidth,” the report stated, whereas private benefits were mainly driven by the use of video.

Responding to questions on the effect high-speed broadband would have on such services as ehealth, panel member Henry Ergas said the “very large cost” of the FTTP network did not justify the “very far and few between” existing applications that required speeds higher than 80 Mbps.

“The real question is whether there are applications that have very high societal value but that you can only get on 120 Mbps but not 60 Mbps, 70 Mbps, 80 Mbps, and at the moment, those applications are very far and few between. And you certainly could not justify the very large cost difference between the MTM and FTTP,” he told journalists.

He said that if such applications did not eventuate, the Government would then be stuck with the higher cost of the FTTP deployment.

“There is no way of sinking the very high cost of the FTTP scenario once it’s been incurred,” he said. “What it does make sense to do is have an incremental approach that allows you to capture the benefits as and when they come.”

Panel chair Michael Vertigan said the MTM model was the most appropriate given consumers were most interested in attaining speeds beyond those that are currently inadequate.

“As well as getting there more quickly, it still preserves the option of upgrading as and when that needs to occur,” he said.

“There is nothing particularly revolutionary about the conclusion we’ve drawn. It’s entirely consistent with what’s being done elsewhere in the world, and it makes logical and intuitive sense.

"It says you can get to from where you are now to good very quickly, and if you want to go beyond that when it becomes necessary, you can do it in a tactical way that manages the cost and speed of doing so.”

A spokesperson for Communications Minister Malcolm Turnbull said the Government would release its response to both the Vertigan cost-benefit analysis and the regulatory review in the coming weeks.

It is expected to use the CBA as a justification for pushing forward with its multi-technology mix MTM. Turnbull and fellow NBN shareholder minister Matthias Cormann already gave NBN Co the official green light to go ahead with the new approach in an updated statement of expectations in April.

Opposition Communications Minister Jason Clare said Turnbull had "hand picked the [panel members] he knows will give him the answer he wants".

"Instead of appointing Infrastructure Australia to do the cost benefit analysis, he has hand-picked former staff and some of the most vociferous critics of the NBN," Clare said in a statement.