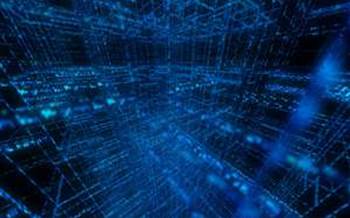 Peter Newcombe, previously the head of Nortel's carrier Ethernet business and now an employee of Ciena, explained that the firm would take advantage of the technology in Nortel's OME6500 optical networking platform to offer 40 GB to 100 GB wavelength transport technology.

"In the Software Suite and Specialist Services product areas Ciena's technologies remain the predominant choice, but the capabilities of Nortel's OME6500 product for POTS mean it will be incorporated into Ciena's transport platform," he said.

Ciena also outlined its roadmap in other areas, explaining that existing products in its Carrier Ethernet Service Delivery portfolio would be targeted at providing 3G and 4G wireless backhaul applications, and enabling Carrier Ethernet business, transport and residential services.

Newcombe believes that the acquisition gives Ciena an improved position in the carrier Ethernet market that could help it carve out a larger share.

"Ciena has clear light of day between itself and its nearest competitors in a couple of key areas, but the new assets the acquisition of Nortel offers could also see it gain a much large portion of the carrier Ethernet business," he added.

The firm also confirmed that its CN 4200 FlexSelect Advanced Services Platform and Nortel's Optical Metro 5200 will be used as part of select infrastructure builds.

The CN 4200 will mainly be used for supporting managed services and enterprise applications, while the Optical Metro 5200 would support metropolitan access, inter-office and private network applications, the firm said.

Newcombe added that a successful merging of the two management teams means that the new offerings should be available before the end of the year.

"The fit between the two companies' products has come together better than we realised. We have already resolved any issues over which products should be promoted, and will be aggressively targeting the market within the year," he said.

Got a news tip for our journalists? Share it with us anonymously here.
Copyright ©v3.co.uk
Tags:
carriercienaethernetfirmhardwarenetworkingnortelsoptical