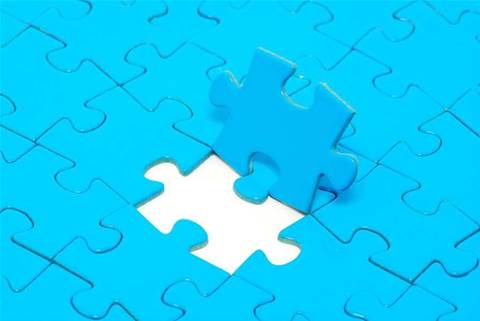 The company sells retail, corporate and workers compensation insurance products through a network of brokers and agents.

Its three business lines have separately deployed Salesforce.com customer relationship management (CRM) systems since 2009; CGU hopes to consolidate these by early next year.

CGU broker and agent division general manager Mark Searles said the company's three CRM systems were structured around the size of the end-customer, which created inefficiencies in how it dealt with its partner network.

The new Salesforce.com instance was built from the ground up and focused on its partners, instead of its products.

It was part of a wider “One CGU” transformation program, unveiled to investors in March and expected save the company $65 million annually by the end of the 2015 financial year.

“Before, with a silo-based business, what you tend to do is focus very much on what on the needs of the individual business areas are,” Searles told iTnews on the sidelines of the Dreamforce conference last week.

“What we do now is what’s in the interest of the wider CGU … We’re looking to put an enterprise version of [Salesforce CRM] in to satisfy all our needs across the organisation.”

Earlier this year, CGU chief information officer Ian Frew said the low barrier to entry for cloud-based solutions posed a challenge to IT managers because businesses units could deploy systems without involving the organisation’s technologists.

Frew told iTnews last week that One CGU aimed to clarify the insurer’s long-term strategy, establishing a set of objectives against which any project proposals may be measured.

“Where things go wrong is whether in the business or technology side, people start putting in systems or process that don’t take us in the final direction,” he said.

“If somebody says, ‘I now want to do this’, if that doesn’t fit into [CGU’s long-term] strategy, then it’s a very simple discussion as to why should we be investing in that.”

Salesforce.com currently serves clients in eight countries — the US, Britain, France, Germany, Canada, Japan, Australia and India — from data centres in the US, Japan and Singapore.

Despite establishing a private ‘Government Cloud’ for US Government organisations this year, the cloud vendor has yet to establish an Australian data centre to address local data protection concerns.

CGU’s Frew noted that the insurer stored “a very small subset” of its data in Salesforce.com’s cloud, including sales figures and key upcoming account renewals.

That data was displayed alongside locally hosted data in desktop and mobile Salesforce.com applications. CGU has deployed a fleet of 120 iPads to staff on the field in the past year.

Data was also replicated in CGU’s internal databases, so the company had a single, internal source of truth.

“We’re not the first company in the world to use Salesforce; it’s passed through many checks from a variety of authorities.

“Only a subset is sent up to the cloud; that allows the [business development managers] to get very fast access to the relevant data.

"If they want to connect to anything else, they can still see it on their iPads but it’s actually coming from another source.”

Frew noted that CGU had developed an ‘integration competency centre’, tasked with connecting various internal and external systems through a services layer.

The insurer consumed its infrastructure, finance and HR platforms from parent company IAG but had “a couple of hundred” IT resources — including staff and partners — building CGU-specific applications.

“IAG has been using the cloud in one shape or form before it was called the cloud,” Frew said.

“While CGU has a significant technology department, that’s not the reason we’re in business — we’re in the business of providing insurance.

“At the moment, the best solution we see in the market for what we’re trying to do is Salesforce. To try and recreate that myself makes no sense.”

Besides the Salesforce.com CRM, CGU has also used the vendor’s cloud-based collaboration platform Chatter to communicate with staff across the country for the past year.

CGU also was considering extending the Chatter platform to its partner network but declined to disclose when that would occur.

Competitor Zurich Australia has been working towards deploying a similar “social business platform”, based on either Salesforce.com technology or a combination of Oracle and Jive, by next year.

Continue to page two to find out more about the One CGU transformation and how US bank Wells Fargo addresses regulatory concerns with a cloud-based CRM.