Centrelink's cashless card scheme will use software to block products 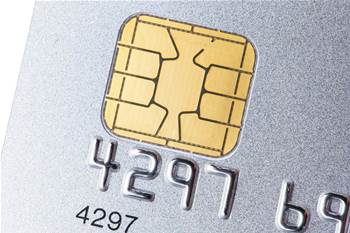 To reduce reliance on merchants saying no.

An expanded trial of the federal government’s controversial cashless welfare card later this year will be accompanied by software that automatically blocks Centrelink recipients’ access to restricted products at the point of sale.

The scheme is intended to stop welfare recipients from using the money to buy alcohol, drug, and gambling products. It quarantines 80 percent of welfare payments to a government-issued debit card and is distributed in areas with high levels of drug and alcohol abuse.

It was introduced at three locations in South Australia and Western Australia in March 2016, but the government's claim that it is an effective mechanism of curbing alcohol and drug consumption have been questioned.

The government is now preparing to expand the scheme to two new trial sites from September 2017, ahead of a potentially larger-scale rollout.

The scheme currently relies on the issuer of the Visa/EFTPOS debit cards, financial institution Indue, using the merchant category code – which defines certain businesses based on the types of good or services it provides – to block access to restricted goods.

But this approach hasn't worked for merchants who sell a mix of restricted and unrestricted goods, and requires manual intervention from the merchant.

“For mixed merchants, for example a bar and bistro, Indue engages with these merchants to enter into a contract to refuse the sale of restricted goods to anyone using the CDC [cashless debit card]," a brief on the Digital Marketplace states.

“In practice, this generally requires the register operator to manually sight the card and refuse the sale of restricted goods.

“Both of these options present opportunities for non-compliance and workarounds."

The Department of Social Services is now appealing to the market for software that can automatically prevent the sale of restricted goods and remove this manual process.

The proposed merchant management software solution would be implemented and delivered to mixed merchants within the new and existing trial locations.

While the new trial sites are yet to be determined, they are anticipated to have “a larger merchant footprint than in the current locations", the agency said.

It is planning to award a contract in August that will run for two years.