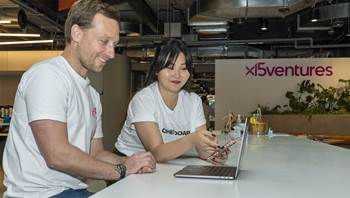 The Commonwealth Bank's venture-scaling arm X15ventures has launched a deal finder app called Cheddar that is aimed at Gen-Z and millennials.

The app uses AI to target users, promote brands and personalise deals. It also offers potential cashback rewards that can be credited directly to the user's bank account.

The app focuses on younger generations with the pilot targeting 1000 young Australians in the design process to ensure Cheddar matched similar apps such as TikTok or Instagram.

"Australian retailers are innovating more rapidly than the search and social platforms that serve them – so, as we launch our minimum viable product, [and] we’d love to collaborate with merchants and invite them to help us build Cheddar’s roadmap."

Cheddar is already available to download in the Apple App store with an Android version expected in early 2022 alongside a website.

The e-commerce platform officially launched on Tuesday with CBA activating its in-app shopping function which allows users access to retail deals from the likes of Myer, Big W and The Iconic.

CBA invested $30 million in the startup back in May and integrates curated shopping content from Little Birdie into the CommBank app.

The bank also recently lead a $134 million in Series E funding round into H2O.ai to boost its own AI capabilities.