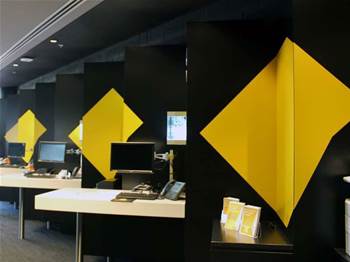 Will "complement" existing partnership with Klarna.

The Commonwealth Bank has launched its own buy now pay later (BNPL) service titled CommBank BNPL as it looks to compete in the growing market of payment solutions.

CBA will be the first of the 'Big 4' to offer a BNPL service of its own, as the bank seeks to align itself with the consumer shift away from traditional credit cards.

CommBank BNPL users can make repayments in four instalments and will be available at any retailer that accepts Mastercard with limits up to $1000.

A spokesperson from CBA told iTnews the new service was developed to create more competition in the market and was built in-house.

CommBank BNPL will be a stand-alone offering separate to Klarna, the Swedish BNPL fintech that the bank has previously invested in.

CBA saw Klarna as a way to hold its own against the rising popularity of BNPL services.

“As the leading digital bank in Australia, we believe we are best placed to offer our customers a prudent and responsible BNPL option based on the trends and insights sourced from real time transaction data over many years,” Sullivan said.

CBA will begin directly linking the CommBank BNPL platform to bank accounts via digital wallets in mid-2021 and will look to lure users by offering no ongoing fees or cost to businesses to offer the payment option.

Lower fees have been a big drawcard for new entrants in the BNPL space with PayPal’s Pay in 4 offering also set to compete aggressively on fee level when it launches.