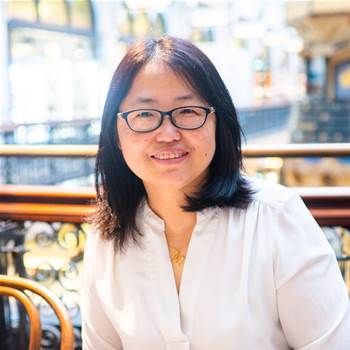 CBA has landed former Meta engineer Maggie Shi as a ‘distinguished engineer’ as part of an ongoing recruitment drive.

Previously Meta's head of business engineer for ANZ, Japan and Korea, Maggie Shi joined the CBA team in June and will work closely with the data and analytics division.

In 2021, CBA announced its intention to hire more than 600 engineers to build out its technology capabilities and be seen as a global leader.

Shi wrote on LinkedIn that “after five years and 10 months at Meta, it’s finally time for me to switch gears”.

She added that it was “a difficult decision” to leave Meta “where I had my fair share of career highlights”.

“I remember being the first and only solutions engineer hired for the office, and six years later I had grown the team with diverse, talented people to achieve so many great outcomes across ANZ, Korea and Japan,” Shi wrote.

During her time with Meta, formerly known as Facebook, Shi directed engineering solutions across ANZ, Japan and Korea out of the Sydney office.

Shi was also a senior software developer for Australian-based OneBlink for close to two-and-a-half years.