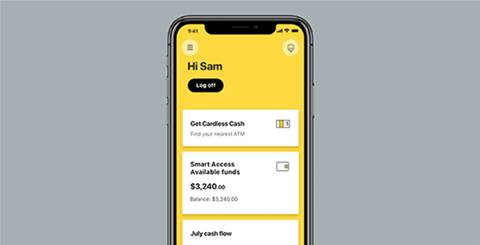 Over concerns around how its 6.3m users might react.

The Commonwealth Bank managed to convince the federal court not to order it to publish misconduct notices inside of its banking app, where they could be seen by all 6.3 million app users.

The bank was yesterday ordered to “publish notices on its website and its newsroom acknowledging [its] false or misleading conduct when it overcharged interest on business overdraft accounts” between 2014 and 2018.

The overcharging of interest was attributed to a coding error.

However, the federal court also considered whether “the time has come to rethink the form in which this information is communicated to the public.”

This consideration could have taken the form of a “novel” order to display the court-approved misconduct notice inside of the CommBank app, as a “notification” to all users.

Justice Lee said in a judgment that “at the commencement of the hearing, my preliminary view was that an order that the misconduct notices be published on the CommBank app would be appropriate.”

“As I indicated in the principal judgment, the time has come to think of a new way to approach such orders,” Justice Lee wrote.

“On balance, however, I have determined after hearing arguments that it would not be appropriate to proceed down this novel course at this time on the present evidence and in these circumstances.

“...Not without some reluctance, I have determined not to order the CBA to publish the misconduct notices on the CommBank App.”

Lawyers for the bank argued that the form of the notices could mean they were misconstrued as “a hoax or scam because it would provide a link to a website containing a publication which is not CBA branded, and whose content is not (for almost all recipients) relevant to their everyday banking or interaction with CBA”.

It was also argued that a notification to all 6.3 million app users would be confusing, as most users were not directly impacted, and that the result might be to deter customers from using the app at all.

“Therefore, the information communicated in the misconduct notices is unlikely to be relevant to the majority of users of the CommBank app, who may not be aware of the context in which the conduct arose given they are not business customers.”

Justice Lee also took into account the potential for the notices to change how certain users “manage their finances and interact [with] the CommBank app.”

“Put simply, without further experimentation and research into the potential consequences the publication could have on a company such as the CBA and, more importantly, its customers, I am not satisfied that imposing an order with largely unknown consequences would achieve the punitive and non-punitive purposes of [the law],” Justice Lee concluded.