Budget 2013: Your complete IT rundown 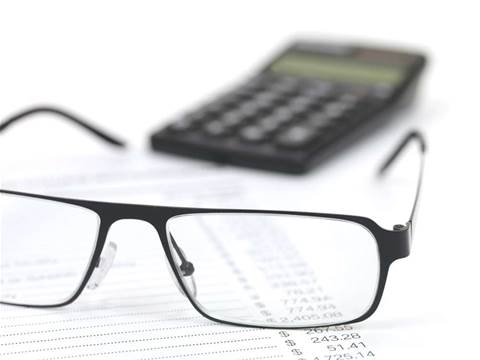 Rationalisation, consolidation and compliance measures have dominated the 2013 IT budget, with a side of innovation thrown in.

Some $68.4 million over four years will be saved through “better procurement pricing outcomes for public sector agencies”.

It will reduce the contract management overheads for suppliers and government in undertaking these procurements, and in turn lead to improved supplier pricing.

There will also be a single federal grants system. Estimated to cost some $9.1 million over four years (including operating funding of $3.6 million over four years) a new web-based whole-of-government electronic grants advertising, application and reporting system will be rolled out for use by agencies and grant applicants as a single point of reference.

Game on for ERP providers

Some $2.8 million over two years has been provided for a detailed study of the costs and benefits of rationalising the number and type of Enterprise Resource Planning (ERP) systems used in the Australian Public Service.

Coincidentally, the budget also provides $2.2 million over two years for the development of a second pass business case for an ERP system to improve the management of information across AusAID. However AusAID will have to fund this from its own resources.

New measures to improve tax compliance, especially from profit shifting multinationals, have also received the go-ahead. The measures are estimated to deliver a gain to revenue of $1.5 billion over the forward estimates period.

"There are a number of substantial initiatives, while the saving measures are based this time on some clear rationale.

"The budget certainly provides industry with something to think about.”

Australia stands to save $4.5 million over three years from the cyber-safety enhancement program by not proceeding with mandatory filtering legislation.

Instead, Australia's major Internet Service Providers will be required to block child abuse websites on the INTERPOL 'worst of' child abuse list, in accordance with their obligations under the Telecommunications Act 1997.

As previously announced, the Government will reduce support for research and development (R&D) by limiting access to the R&D tax incentive so that it only applies to companies with annual aggregate Australian turnover of less than $20 billion. This measure is estimated to have a gain to revenue of $1.1 billion over the forward estimates period.

Savings of $62.4 million are expected to be delivered over five years as a result of the Department of Human Services (DHS) introducing a range of process improvements and targeted communication strategies. This includes Electronic Funds Transfers to general practitioners and specialists when making pay-doctor-via-claimant payments, and increasing the rate of online transactions undertaken by Youth Allowance and Austudy recipients. The Government will provide DHS with $4.9 million over five years to implement this measure.

Some $31.2 million will be saved over two years by ceasing funding for the National Health Information Network (NHIN) from 1 July 2015.

The Government will also better target work-related self-education expense deductions through an annual $2000 cap on these expenses from 1 July 2014. This measure is estimated to provide savings to the Budget of $514.3 million over the forward estimates period.

Funding of $238.4 million has been assigned over five years to establish five previously announced Industry Innovation Precincts including creation of an internet-based Industry Innovation Network to connect geographically dispersed precinct members by providing a platform for sharing information, knowledge, support and services.

Other major initiatives include:

A few initiatives announced had to be funded from within agency funds including a Tax System Advisory Board within the Australian Taxation Office (ATO) to strategic direction, culture, organisation, management, compliance planning, staff profile and information technology plans at the ATO.