Brandis reveals websites will be included in data retention 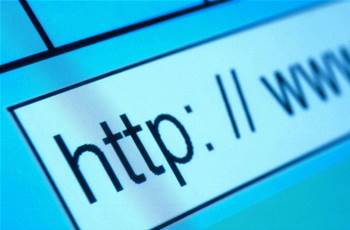 Adds to confusion around definition of metadata.

Australia's Attorney-General George Brandis has revealed website addresses will be included in the information captured under the Government's mandatory data retention proposal.

Appearing on Sky News tonight, Brandis added to the uncertainty surrounding what exactly is to be retained under the Government's definition of 'metadata', revealing telecommunications companies will be required to store the addresses of websites visited by users for two years alongside non-content call data.

The comments contradict an earlier statement in which Brandis said the data would only capture call origin and destination, time, and duration.

Prime Minister Tony Abbott added to the confusion this morning when he said the scheme would also include web browsing history - comments that his office reportedly later backtracked on.

In the Sky News interview tonight, Brandis said the retained data would not extend to "web surfing", but would catch the web addresses visited by users.

"The web address is part of the metadata. What you're viewing on the internet is not what we are interested in. What the security agencies want to be retained is the electronic address of the website that the web user is using," he said.

"When you visit a website people browse from one thing to the next, there won’t be a capacity to access that."

Brandis was unable to confirm whether social media would similarly fall under the scheme, and said the data retention proposal was currently an "in-principle" decision which the Government was drafting details on.

Despite currently drafting a bill for the proposal, the Government is in fact yet to set a concrete definition of metadata for the scheme, according to inside sources.

The only working definition to have been provided publicly on what constitutes 'metadata' so far was offered by the Australian Federal Police and the Attorney-General's Department (pdf) last year.

The Coalition Government on Tuesday revealed it would introduce legislation forcing telcos to store non-content user data for two years before the end of the year.

The proposal was signed off by the national security committee - which is comprised of senior cabinet members including Brandis and Prime Minister Tony Abbott but not Communications Minister Malcolm Turnbull - on Monday night and introduced to Cabinet on Tuesday.

iTnews understands Turnbull had not been consulted before the NCS gave the proposal its approval.

The telecommunications companies at the centre of the scheme are similarly yet to receive any detail on what they will be required to do, and have hit out at the Government for being 'opaque' on what constitutes metadata and failing to provide any clarity on a scheme they plan to push into law soon.

The proposal - which arose from a push by law enforcement agencies for wider-ranging access to data in criminal investigations - has also received strong criticism from privacy advocates and the Greens, who claim the scheme would severely infringe on citizens' right to privacy.