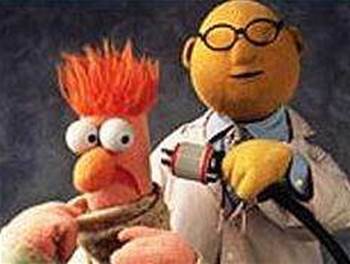 Scientists have published a new theory which describes how the transistors in next-generation quantum computers may be created.

The researchers from the Niels Bohr Institute at the University of Copenhagen and Harvard University explained that quantum semiconductors work with light and not electricity.

These transistors must work using a single photon, which is the smallest component of light.

"To work, the photons have to meet and 'talk', and photons very rarely interact together," said Anders Søndberg Sørensen, a quantum physicist at the Niels Bohr Institute.

He explained that light does not function like the light sabres in Star Wars, where the combatants can cross swords with a beam of light.

When two rays of light meet and cross the two go right through each other, a phenomenon known as linear optics.

What Sørensen wants to do with the light is non-linear optics in which the photons in the light collide with each other and can affect each other.

However, he explained that this is very difficult to do in practice. Photons are so small that one could never hit another unless they could be controlled.

Instead of shooting two photons at each other from different directions and trying to get them to hit each other, Sørensen wants to use an atom as an intermediary.

The laws of physics dictate that the atom can only absorb one photon. If the researchers direct two photons towards the atom, they will collide on the atom.

But the atom is very small and difficult to hit, so the photons have to be focused very precisely.

In a previous experiment researchers had discovered that microwaves could be focused on an atom via a superconducting nano-wire. They got the idea that the same could happen with visible light.

The theoretical model shows that it works, according to Sørensen. The atom is brought close to the nanowire. Two photons are sent towards the atom and when they hit it an interaction occurs between them, where one imparts information to the other.

The information is sent in bits which are either a one or zero digit, and the order of digits produces the message.

The photon has now received its message and the signal continues on its way. Sørensen describes this breakthrough as "a step" on the way to building a photon-transistor for a quantum computer.

The research has just been published in the scientific journal Nature Physics.
Got a news tip for our journalists? Share it with us anonymously here.
Copyright ©v3.co.uk
Tags:
boffinsforhardwarelightphotonictransistorsway