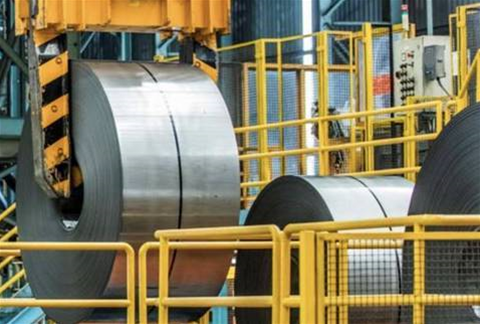 With potential for wider use of RPA across the enterprise.

BlueScope introduced robotic process automation into its finance operations under a transformation effort aimed at freeing up finance staff to think creatively about business challenges.

Finance transformation manager Stephannie Jonovska told UiPath’s Hyperautomation 2020 conference earlier this year that the program of work was prompted by a visit to a partner’s work environment in Bangalore.

“I was sitting in a cab with our CFO and we had just seen robotics doing really cool things in our partner's work environment in accounts payable processing,” Jonovska said.

“It really got us thinking about how far behind we were in automation.”

Out of that, BlueScope’s finance transformation was born.

“We started with the intent of how do we create capacity in our people to do real deep creative thinking work and to partner with our business?” she said.

In a proof-of-concept phase, the program sought to make process improvements in the way that finance dealt with reconciliations and journals.

A journal, according to Investopedia, is “a detailed account that records all the financial transactions of a business, to be used for the future reconciling of accounts and the transfer of information to other official accounting records, such as the general ledger.”

Looking at both processes, the project team came up with 15 initiatives to achieve its goal of transformation.

Jonovska said the reconciliation space was chosen in part because it involved 30 percent of the finance team.

“We chose it because it would impact our ways of working at scale, but also it was largely standardised and optimised already through the tools that we were using,” Jonovska said.

“We wanted to have a really good experience for our people so we used a partner to help us put in some robotics, and we've saved about 35 days for our finance people in that one example.”

Jonovska said that BlueScope adopted a three-part mantra across activities under its finance transformation: “make it real, make it happen, make it last.”

“In our ‘make it real’ phase, we spent a bit of time doing awareness sessions: what is robotic process automation (RPA), how can it be used, and discovery sessions,” Jonovska said.

“It was great to have UiPath come and speak to our people about that. That was really impactful.”

In the ‘make it happen’ phase, BlueScope stood up a proof-of-concept and involved its teams in the configuration and application to the target finance processes.

“We did a lot in the ‘make it happen’ phase to actually trial the technology, give it a go, to showcase what ‘good’ could look like, and show the tangible benefits,” Jonovska said.

Finally, to ‘make it last’, Jonovska said BlueScope had focused on embedding an internal culture and appetite to “eliminate the really boring stuff that is not adding pure tangible value” to the business.

The company runs RPA meetups to share best practices, offers free training through UiPath, and recognises internal “finance transformers”, which Jonovska said “are RPA citizen developers that are really pushing the boundaries and saving some really huge amounts of time but also upskilling.”

“We want to create some FOMO [fear of missing out],” she said.

“At the end of the day, we want citizen developers to be creating capacity, so we've given them some guardrails and some frameworks and we’re using [UiPath’s] Automation Hub to get the visibility of what people want to work on and how they're working on things.”

The tool is used in part to rank and upvote potential automations suggested by the organisation’s ‘citizen developers’ in finance.

“We've got about six or thereabouts citizen developers that probably between them, one of them saved 100 hours for their own team, and a few other small [savings] here and there,” Jonovska said.

“I'm seeing a real confidence coming, not only because they're creating capacity but also they're owning their own capability for now and definitely into the future.”

“Our people also love gamification - they can upvote ideas and almost create a bit of competition around what things are going to be automated.”

Jonovska said BlueScope had a roadmap of where it wanted to take RPA technology within finance, and beyond.

“I put my hand up to incubate this for finance, but there are other interested parties [internally],” she said.

“As we are developing, we will get to whatever a centre of excellence looks like.

“Having foundations around capability, process, IT and governance has been really critical for us, and really makes [UiPath] a great platform tool for enterprise-wide application of RPA.”