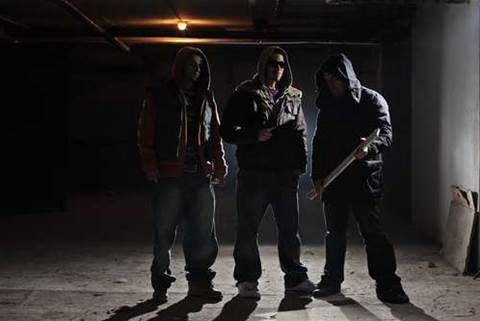 Activist group Block The Filter has denied accusations that it tried to hijack the Adelaide leg of planned national protests by a faction of Anonymous this weekend to promote its own "cyber safety picnic days" in March.

Block The Filter was one of a number of previously fragmented groups that opposed the Federal Government's proposed internet filtering plan. It is now aligned with the Electronic Frontiers Association-backed Open Internet campaign.

Spokesman Phil Brown told iTnews he had contacted the South Australian organiser of the Project Freeweb protests to offer assistance and share his views.

"I was not trying to hijack the Anonymous protests," Brown said.

"I suggested to the SA organiser that without permits or anything the police will move them on fairly quickly from the steps of parliament house and also that a small protest - [with an] expected turnout of less than 100 from what I can gather - could in fact harm the cause."

Block The Filter was one of two action groups to this week join Electronic Frontiers Australia under its Open Internet umbrella.

Brown said he suggested to the Anonymous organiser that instead of "taking a small number of people to parliament house, you walk through high traffic areas such as shopping malls handing out flyers and getting people to sign the EFA petition.

"This raises awareness about the issue far more than a protest and this is what the issue needs at this point in time," Brown said.

"The message that I would have pushed at the Anonymous rally would have been about the issue and not the Block The Filter event."

However, this appeared unsupported by comments on Facebook attributed to a user ‘Phil Brown'.

"We are using Febuary [sic] 20th to promote March 6th, so signs or whatever you want to bring and wander round getting people to sign the petition and hand out flyers, and most likely they will be Block-the-Filter flyers, if we get the flyer finished soon," the post read.

That was the point of contention with Project Freeweb, which rebuked Brown via its website.

"The protest will go ahead as planned, despite Phil Brown's attempts to turn it into unpaid labour to promote his picnic," Freeweb organisers wrote.

Project Freeweb protests were scheduled to take place in a number of cities on Saturday.

Electronic Frontiers Australia has condemned the protests and said it will not support them.

"However, EFA does not support these protests. Any attempt to legitimise the actions of Anonymous only makes it easier for the Government to dismiss the opposition to its filter as fringe extremists."