Big data and the myth of anonymity 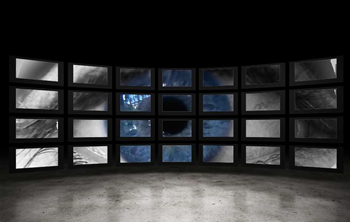 When NAB online savings arm UBank appeared on the ABC’s Four Corners in a recent program about privacy, it was quick to point out its People Like U application only uses “anonymous data”.

Likewise, Quantium, the organisation that helped UBank build the People Like U application, has argued it only uses “de-identified data”. Woolworths, which now owns a 50 percent share of Quantium, also makes similar claims.

But data experts warn we don’t yet know if data aggregation is an effective way of protecting private information, nor do we have a clear concept of just what is personally identifiable data.

“If a company comes to you and says, ‘Look, we have removed all personally identifiable information from these data sets’, the claims should be taken very skeptically,” says Tiberio Caetano, principal researcher of NICTA’s machine learning group.

“Whenever people talk about aggregating data in order to avoid breaches of privacy, over and over again we discover you can actually unbury identities of people in those situations.”

In one well-known case in the US, researchers from the University of Texas were able to re-identify individual Netflix subscribers by using a data set of 500,000 “anonymous” Netflix subscribers that had rated movies online, and matching it against a separate set of public data.

Consumers never really know what happens with their data once it is collected by a company, says NICTA researcher Arik Friedman, who specialises in privacy and data mining.

“Maybe they don’t do anything with it, maybe they’re just using it internally, or maybe they’re using it in conjunction with data collected from other sources and combining it to learn more about us, using information in ways that are not really clear to us.”

However it asks users to input their gender, age range, income range, living situation, post code and whether they rent or own their home.

Depending on the size of the postcode they live in, it doesn’t take long to drastically reduce the number of people a consumer is comparing themselves with.

UBank stops at “less than 10” in order to make it harder for individuals to be identified, but data experts say this could be reduced to as few as less than three by combining it with readily available data, such as the electoral roll or white pages.

“Just by visiting this website you’re also providing some information to UBank, so you learn that a person from this IP address probably has these demographics,” Friedman says.

Friedman says popular retail loyalty schemes such as that offered by Woolworths and Coles simply provide data aggregators with more information that could lead to a consumer’s information being used in a different context than originally intended.

“This makes learning things about you or re-identifying your information in other places easier – it just provides more data to work with.”

NAB confirmed with iTnews that it shares transaction data with Quantium.*

And Quantium itself boasts on its website that it utilises client data, often combined with external data sources and its own proprietary data, to “maximise the insights available from a multi-dimensional view”.

In addition to NAB, Quantium counts banks Westpac and ANZ, and health insurance providers Medibank and Bupa as clients.

It doesn’t take long to work out the implications for combining health insurance data with retail spending data says Caetano.

“Suddenly they know what you eat and they can price the premium of my insurance in a much more personalised way which may be good or bad, we don’t know.”

Caetano says data should be thought of as a "projection” of who consumers are.

“If someone happens to have access to both those things, you can really improve the picture of who they are.

Even if data is “de-identified”, Caetano says there’s still plenty of information that can be gleaned about individuals by joining together certain pieces of information.

Friedman agrees. “You can still learn a lot about a person just from knowing the fact that they belong to a subset of a population.”

Read on for the data scientist’s view of what’s required next..