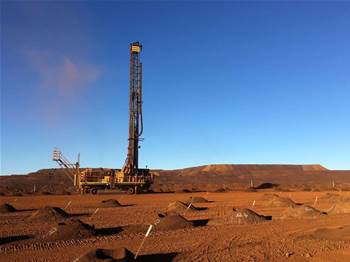 BHP Billiton will become the next high-profile adopter of software-defined infrastructure as its major technology expansion gets underway.

The miner revealed plans to double its permanent IT workforce globally back in January, and has so far revealed investments in areas such as industrial decision automation and information security.

It has now advertised for a third tranche of technologists to be based in either Australia or the United States, whose role will be to drive “digital transformation” initiatives across the company.

It appears this transformation will fold in decision automation as well as focus on revamping its IT infrastructure strategy, to place a greater emphasis on infrastructure as code.

The miner is looking to bring on a “principal next generation hardware lead” whose role it will be to “create next generation computing infrastructure capability for [BHPB’s] automated operations”.

That would cover everything from on-board computing equipment in its heavy vehicles and machinery, to cloud computing “and everything in between, based on software accessible logical design and abstracted computing principles”.

In particular, BHP Billiton indicated it would work towards a “true hybrid cloud architecture that is automated for scaling, management and use”.

This infrastructure-as-a-service platform would be used “to enable [a] future ‘software defined operation’ concept,” it said.

Infrastructure as code is sometimes referred to as software-defined networking (SDN) for IT operations.

The miner also said it was seeking someone to formulate its “digital story … describing our future way of working, focusing on the human experience within our future company”. Having a “science fiction writing background” would be “a plus”, it said.