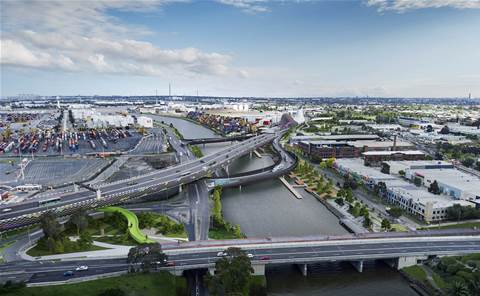 Construction of a city-shaping project to deliver a vital alternative to the West Gate Bridge, providing a much needed major second river crossing, was never going to be easy.

With such a massive project, it’s imperative engineers have quick access to accurate and highly detailed plans - a task that would have required hiring a fleet of drafters to hand-draw around 3,000 individual, yet highly similar, plans.

Aurecon Jacobs Joint Venture (AJJV) decided in 2017 to look into automating the process in a bid to speed up production, reduce communication barriers between engineers and the outsourced drafters, and improve coordination between the many project disciplines working on the tunnel.

AJJV assembled a team of eight people to develop an automated solution, including three dedicated in-house coders and one full-time designer to explore what could be done.

The team developed bespoke code to retrieve design data and write routines associated with the design parameters, checking those designs and implementing required views of the drawings in the process.

Engineers now, at the click of a button, can produce accurate 3D models that can be cut into sections and used to produce drawings that would have been painstakingly hand-drawn.

It also removes the risk of human error associated with drafting by one person being interpreted differently to another.

However, extra time did have to be spent ensuring engineers were comfortable and confident with the new software.

The company enlisted some of its younger, more flexible engineers to pair up with more experienced staff to train on the software, with any growing pains limited to the short term.