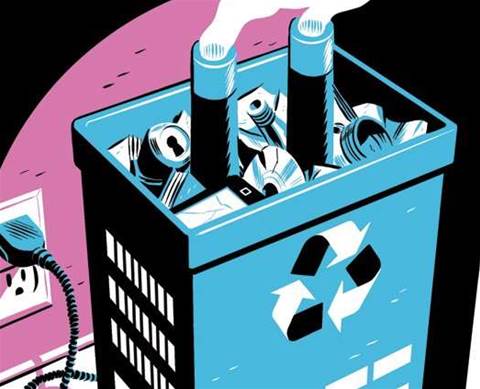 Yesterday iTnews announced finalists in the Finance category of our annual Benchmark Awards.

And a reminder of our next steps: iTnews will publish a story about each finalist and share it with our LinkedIn group of CIOs for their input, before combining our own assessment and theirs to decide the winner of each category AND the winner of our IT Leader of the Year award.

And without further ado, here’s today’s batch of finalists.

Building a five kilometre tunnel – and one that goes under a river for extra degrees of difficulty – is a decidedly non-trivial task. And when the eyes of a State are on the project, due to its cost, on-budget and on-time delivery are highly desirable.

Which is why the Aurecon Jacobs West Gate Tunnel Joint Venture invested in 3D modelling tools and automation to ensure it can produce the drawings it needs to guide construction.

The team’s key innovation effort is a tool that enables new drawings to be created on demand, rather than relying on manual processes.

The result is better productivity, as engineers can create drawings without referring to a drafter. And with more drawings, more often, engineers are better-positioned to ensure a quality build.

Which is just what Victoria’s government and public want. And will want come the year 2022 when they’re driving under water!

Understanding physical movement patterns can help an airport to provide a better experience for travellers, retailers and other stakeholders.

Queensland Airports knew that CCTV is one way to capture the data it needed, so sought ways to use its legacy camera network in order to step up its analytics without a new build.

After assessing the market, the resulting collaboration with Southern Cross University will deliver a low-cost, rapid implementation that will use real-time video analytics to improve passengers’ experiences at Gold Coast Airport and three regional Queensland airports.

Sugarloaf Reservoir is an important part of Melbourne’s water supply.

Water from the reservoir passes through the Winneke Water Treatment Plant before it emerges from Melbournians’ taps, with six large pumps controlling flow.

Those pumps use plenty of electricity, making them a major contributor to the Plant’s operating costs.

Melbourne Water recognised that if it could match the pumps’ output to the Plant’s exact needs, which fluctuate according to water volumes and flow rates, it could save plenty of power and water.

AI has also allowed the organisation to automate analysis of blocked grates across its network.

Finally, some housekeeping: all finalists will be contacted by the iTnews events team to explain how to attend the gala awards night.