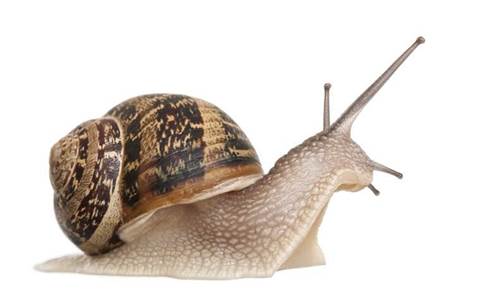 Big banks clinging to their legacy payments and IT platforms are continuing to stymie tangible benefits to consumers and business that should already be flowing from transactions running across the New Payments Platform, and the Reserve Bank of Australia is fed up with it.

As has become customary after unwanted periods of institutional slackness, the payments regulator’s cattle prod was once more applied through a public shaming at the ASIC Annual Forum in Sydney.

Major institutions were again warned on Thursday the sharp pressure won't relent over their progress – or the lack of it – in relation to plugging into the NPP bank customers to both receive and send money in real time.

Despite going live in February 2018, the RBA’s head of financial system, Assistant Governor Michele Bullock revealed the central bank and payments system regulator was still “underwhelmed by the progress of some of the major banks.”

“Some of them have been much slower to provide their customers with fast payment services,” Bullock said, before taking a swing at the lack of consistency in switching-on different NPP functions and features across their products.

“The majors have all taken different approaches to which functionality they will provide and which customers to bring on first,” Bullock said.

Volumes on the NPP are rising steadily; just not enough. In April the platform ticked over 16 million transactions amounting to $13 billion.

“This is still small relative to the volumes that pass through other retail payment systems,” Bullock said.

Centrelink recipients getting immediate disaster emergency payments have been one success, at least when banks don't hold up money by batching.

The RBA had hoped that at launch, at least some of the demonstrable benefits of the NPP – like instant deposits and transfers between peoples’ accounts rather than waiting two days – could be up and running in a relatively short time.

But because almost every bank is doing things differently, the net result after more than a year of being live is still a long catalogue of half-built or semi-connected services rather than clutch of fully functioning exemplars that are humming and attracting consumers in the process.

Bullock did not hold back in sheeting back the RBA’s disappointment, noting it had taken 4 years to build the NPP to the go-live stage.

“Industry should be aware that the regulator and the public in general will be expecting the payments industry to deliver on the promise of the NPP,” Bullock said, pointing to the need to facilitate “new applications that use the real-time, data-rich functionality.”

There have of course been distractions for banks, and some stiff competition in terms of threat potency from other regulatory areas.

The Banking Royal Commission and related big ticket customer and system compliance remediations have, for the most part, presented a more immediate and pressing problem to throw tech resources at, especially when massive nine digit penalties are being handed out.

At the same time, some banks have conspicuously struggled to just keep their pre-NPP systems running adequately, like the NAB which had a whacking seven Severity 1 outages in just six months.

“We know they have a lot on their plates and they are in the best position to make decisions on what to prioritise. We also know that they have large and complex IT systems,” Bullock said of the major banks before, again, driving home the RBA’s frustration.

“But with some big banks slow to complete NPP related changes to their internal systems, there remain large numbers of customers that do not have a full range of convenient options for initiating fast payments even if their accounts can be reached by incoming fast payments.”

The RBA’s financial system chief also took a thinly veiled shot at institutional tribalism, noting that a feature of networks “is that they involve people working together.”

“In order to get the positive benefits from networks, there needs to be a commonality of interest among participants that are often competitors. When this is done well, it benefits both participants and end-users, and the wider community,” Bullock said.

“Conversely, when some participants don't collaborate, they can make it difficult for everyone else to realise benefits.”

Which is, of course, why the RBA instigated the reforms that became the NPP in the first place.