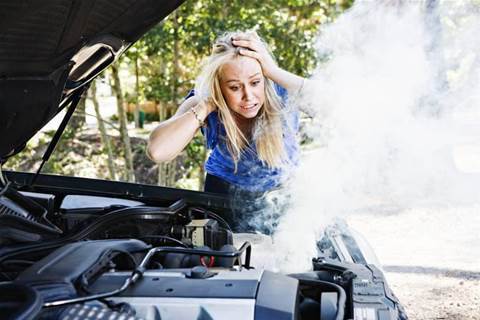 Banks and payment services providers are finally set to have their outages publicly catalogued and ranked according to severity and duration under a fresh crackdown by financial regulators aimed at boosting system reliability and resilience.

The sweeping disclosure reforms follow the powerful Payments System Board (PSB) on Friday giving the green light to an industry-wide clean-up of institutional reporting and disclosure of outages glitches that hit customers after a year of prominent failures.

While banks and payment services are currently required to report outages, especially those hitting retail payments, to the Reserve Bank of Australia (RBA), regulators are now demanding a standard set of definitions to more consistently hold providers to account.

The problem for both regulators and customers alike is that as the use of cash diminishes and electronic and online payments take their place, the systemic effect of outages is becoming greatly amplified as dependency on tech enabled systems grows.

At the same time, while the RBA has a standard reporting form for incidents, individual banks have their own definitions around reporting the duration, severity and impact of outages in their own disclosures like financial results and annual reports.

That means each institution gets to bowl-up its failures as it sees fit, with banks often seeking to take the sting out of disclosures by massaging metrics or trend lines.

The PSB’s latest update says that the board has now endorsed the RBA “working with the industry and Australian Prudential Regulation Authority on a standard set of operational performance statistics to be disclosed by individual institutions.”

There are also signs regulators are getting fed up with the level of outages and the degree of economic disruption they cause, especially in the context of maintaining confidence in the payment system.

“The Board discussed evidence of an increase in disruptions over the past year and stressed the importance of having reliable retail payment services,” the PSB’s statements said.

In November 2018 RBA Governor Philip Lowe explicitly warned banks, payment networks and card schemes that if there was not an improvement on the outage front, the central bank could and would intervene.

“We all need to do better here. As we rely less on cash, outages affecting retail transactions can have a significant impact on businesses and individuals. So continued effort needs to be made by all participants in the payments system to reduce operational problems. If this does not happen, then it is possible that the Payments System Board could consider setting some standards,” Lowe said in November.

The PSB’s latest push to standardise outage definitions and data, while not a direct intervention of its own, effectively sets a bar for banks and payments providers – as well as telcos – because it will allow regulators to compare apples with apples.

A common concern across regulators is that merchants and consumers often just have to wear retail payment services outages without redress from providers or banks because of the difficulty and work involved in seeking compensation.

While banks routinely wave additional charges created from payments not flowing to the likes of loan repayments or overdrawing fees, it is far harder to calculate the impact of lost business to merchants if a bank’s customers cannot make purchases.

The Australian Securities and Investments Commission could be about to upend that barrow though, with ASIC this month revealing it is considering a move to make complaints on social media be counted as official complaints banks need to send to internal dispute resolution.

Such a move, if combined with mandatory outage disclosures and so-called ‘shame sheets’ would mean that banks and their service providers would need to do far more to remedy the fallout from glitches for their customers.

There were plenty of other headaches for banks emanating from the PSB’s latest gathering.

“The Board also agreed that a holistic review of the regulatory framework for card payment systems will commence in early 2020,” the PSM noted in its statement, opening the door to another overhaul next year.

The RBA also revealed it has it intends to publish its conclusions from its consultation “the operation of the Bank's interchange standards” this week, a move that will set the scene for how credit and debit card fees, loyalty points and merchant acceptance costs are structured.