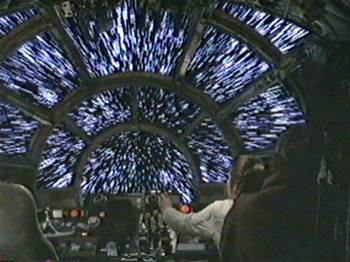 But doesn't make for great connectivity for Australian customers.

Microsoft’s Azure is the fastest performing cloud across the globe, according to Compuware’s cloud monitoring service, Cloud Sleuth, but it won't necessarily give Australian users the best speeds.

Azure proved faster than Google’s App Engine, Go Grid, Op Source, Rackspace and Amazon EC2 over the past 12 months, according to Cloud Sleuth.

Cloud Sleuth’s assessment relies on a fake e-commerce application that is hosted on each of the cloud computing services it monitors. Using Compuware’s Gomez platform, it measures the application’s response time in seconds over 30 backbone nodes spread across Europe, North America, South America and the Asia Pacific.

Compuware's regional figures give an average picture of a cloud's performance across the region's nodes, so the headline number's usefulness depends on whether an app's users are predominantly in that region.

However, Cloud Sleuth’s application also offers near real-time measurements for each cloud, specific to the node in each city.

The experience of Singapore-based clouds, such as Amazon’s EC2 and Microsoft’s Azure, were generally far poorer for customers in Sydney compared with the wider region, giving local hosting providers an advantage in serving apps for consumers in Australia.

For example, response times for the e-commerce app connecting to Windows Azure Singapore from Singapore was less than a second, but the same process took 9.93 seconds when connecting from Sydney. Connecting to Amazon's Singapore EC2 from Sydney wasn't much faster (14.29 seconds).

Curiously, Sydneysiders were getting better speeds connecting to the more distant Tokyo EC2 facility, at 12.72 seconds, or California-based GoGrid (10.28 seconds).

But nothing can beat the performance of hosting locally - IT Clouds, which joined Cloud Sleuth in February, scored an average of .073 seconds for connections from Sydney.

Conversely, IT Clouds' performance degraded severely outside of Australia, falling to to eight seconds in Tokyo, 21 seconds in London and Singapore, and 31 seconds in Seattle.

"As Japan’s largest telephone and mobile operator, one might think that [Compuware] co-locating servers inside NTT’s core would provide an excellent snapshot of connectivity, but this is sadly not the case," Voxel's Adam Rothschild and Raul Martynek argued.

"Like other Internet giants in Asia, NTT is quick to deny other networks access to its customers in-region, instead forcing traffic to networks outside of Japan, for example round-tripping through San Jose to get across town – or in our case, to other providers in Singapore.

"Fortunately for us, there are various ways to reach NTT’s mobile and residential broadband customers, not involving the NTT backbone. However, this gap in backbone connectivity leads to a rather large skew in test data."