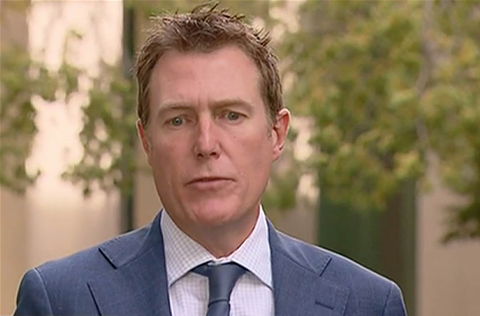 Attorney-General defines what he sees as reasonable.

Social media and content platforms could have less than an hour to identify and start removing “abhorrent” video, audio or still images from their sites under “world-first” laws passed in Australia.

They not only affect social media platforms but also internet, content and hosting providers that store content both inside and outside of Australia.

Both individuals and companies now face huge fines and/or jail time if they do not identify offensive content “within a reasonable time” and start removing it “expeditiously”.

Neither of those time frames is specifically defined, and it would likely be left to the courts to set some sort of precedent.

But Attorney-General Christian Porter gave some indication during a televised briefing of how quickly individuals and companies might have to act.

“But what I can say - and I think every Australian would agree - [is] it was totally unreasonable that it should exist on this site for well over an hour without them taking any action whatsoever.

“This law would prevent that and criminalise that and offer the government an ability to respond where an organisation like Facebook let something livestream and play for a long period of time on their platform.”

Facebook has said that no-one among 200 users that watched the Christchurch livestream - the impetus for the Australian laws - reported it as it was played out live.

The company also said the video was viewed about 4000 times in total before being removed by the site.

Porter said that the passage of the laws - which occurred without any substantive industry consultation - had resulted in “most likely a world first in terms of legislating the conduct of social media and online platforms.”

“I make the observation that it appeared to us as a government that there was a near unanimous view amongst Australians that social media platforms had to take more responsibility for their content, that they could not and should not - and a law should prevent them from live streaming or playing acts of the most horrendous violence,” he said.

“There was an expectation that the government would move urgently to ensure that such a law existed, which is precisely what we have done today.”

Porter believed that even at the larger social media sites, individuals could be identified and charged with criminal offences in future.

He said there was “often lines of individual responsibility in the smaller [hosting] platforms”.

“And all of the legal advice, including that from the Commonwealth DPP, is that even with respect to the larger platforms, such as Facebook and YouTube, there could well be instances where an individual is so complicit with the reckless availability of abhorrent volatile material that they would be individually liable,” Porter said.

Under the laws, content and carriage providers must notify the government if they identify “abhorrent” video, audio or still images for offences occurring in Australia only.

However, the government can oblige the “expeditious” removal of any content, including offences committed overseas, as long as that content “is viewable in Australia.”

Communications Minister Mitch Fifield said that the now-passed laws will be referred to a parliamentary committee in the next term of parliament.