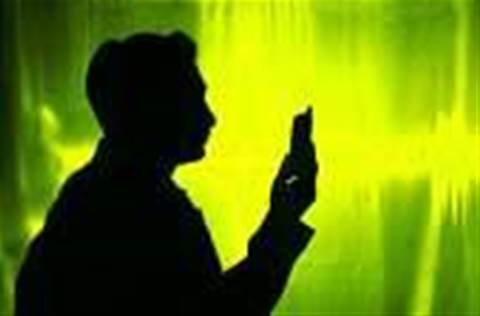 Opinion: How did corporate Australia get it so wrong?

The mobile web has arrived.

ING Direct saw a 280 percent increase in mobile interactions in 2012.

Westpac signed up more tablet banking customers in a year than it had after more than two years for online banking.

The Commonwealth Bank has two million mobile banking users, many of them using its Kaching application, which was only launched 18 months ago.

It’s taken less than three years for banks to acquire six million mobile banking users. But while they are happy to boast about the numbers, few are keen to discuss how just how late they arrived at the party.

App-based mobile banking became a popular theme in banking circles back in 2007, but most of the banks delayed launching a serious service, preferring instead to focus on mobile payments plays that were seen to have greater appeal to consumers.

It was a different story overseas. In 2007, mobile banking was already a reality in New Zealand. In the UK, Barclays was talking about “phenomenal growth” in mobile banking uptake by 2009.

The story in banking is now being mirrored in other sectors, with Google data showing just 55 percent of the websites of Australian businesses can be seen and navigated on a mobile device.

This for a country that now boats 8.7 million smartphone users, and the highest penetration of tablet devices in the world.

What holds large Australian companies back?

Singularity University ambassador Salim Ismail points the finger squarely at analysts. He says the experts have been terrible at predicting growth rates, particularly in information-enabled sectors.

“You can’t be too much more wrong than that - and you’re the industry experts.”

Ismail argues companies working in information-enabled sectors are not adjusting in time to exponential growth, while analysts continue to project out on a linear basis, simply compounding the problem.

Telsyte analyst Foad Fadaghi admits it is difficult to make mobile phone predictions, but argues more frequent reporting, greater scrutiny of analyst predictions, and a willingness to look beyond basic uptake data to psychographic trends related to technology, should help.

Gartner did not respond to our request for comment.

Deloitte Digital founder Peter Williams says nothing has ever moved as fast as the uptake of mobile phones. He agrees corporations simply aren't keeping up with the exponential growth.

"I saw a client at a large company recently and asked 'how much of your traffic is through mobile?' and he said 'not much'. I told him to check it out and he came back and said it was 41 percent.

"The thing is, I don't think people know."

Those in charge of running corporate websites should be telling decision makers just how much traffic is coming from mobile, says Williams, and then pushing the need for responsive design and mobile applications.

"Australians as individuals are absorbing technology as fast as anybody on the planet, but our institutions are not anywhere near keeping pace."

Global forecasts are one thing, but  says it’s essential for companies to consider the unique local circumstances.

“The biggest challenge we’ve found with global trends is they don’t necessarily correlate with the Australian market. Our adoption and use of technology, our propensity to take on technology are different,” Fadaghi says.

“For example, iPhone penetration is really high in Australia compared to in the US, there are different patterns of usage, mobile data costs are different, things like that.

“Also, the speeds of our mobile networks are generally a bit better than other 3G networks around the world. That drives different usage patterns for smartphones.”

Williams says Apple users, so prevalent in Australia, completely dominate the use of apps.

"Australia is ahead of the US in penetration. But we're not seeing the same reaction within the corporate world. Some are doing really well but a lot haven’t got to baseline 1."

For the record, Gartner is now predicting tablet shipment growth of 67.9 percent in 2012, and, mobile phone market growth of 4.3 percent. The market has already moved, and according to Gartner, as smartphones become mainstream, lifecycles are getting longer.

The focus has now shifted to mobile payments, where Gartner is predicting global transaction volumes to grow 44 percent in 2013.

While the banks now own mobile banking, the Australian mobile payments market is anyone’s to claim, and is already being filled with many non-bank players.

Eftpos chief Bruce Mansfield cites research showing 55 percent of payments transactions are likely to be enabled by non-traditional players by 2020.

“Mobile payments have been around for 10 to 15 years in many markets around the world. It’s an opportunity here that we can either embrace or continue to play around the edges, but I think we would probably do that at our peril.”

Williams says real-time payments, when they finally arrive in 2016, will be "huge" for the industry.

In the meantime, he argues companies should be taking a "mobile first" strategy.

"We're not seeing this stalled by lack of business case, they're not even at the gates.

"When clients do bite the bullet and have a crack it just goes through the roof, wildly past expectations."