Australia's banks want to force Apple to open up NFC 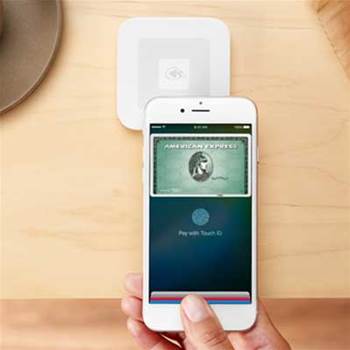 Three of Australia’s big four banks have banded together to lobby the competition watchdog to let them collectively pressure Apple to open up the NFC chips in its iPhones, and to pass on the costs of using Apple Pay to customers.

Westpac, the Commonwealth Bank and NAB, along with Bendigo and Adelaide Bank, have teamed up to ask the ACCC to let them form a cartel for the purpose of strong-arming Apple into opening up access to the near-field communications (NFC) chips on its devices.

Apple uses NFC to offer its Apple Pay mobile payments platform to its users, but unlike Android-based platforms, it does not open the functionality to developers or third parties.

But the country’s other major banks are yet to jump on board due to ongoing disagreement about Apple's interchange fee demands, and its unwillingness to allow any other mobile wallets to run on its platform.

While ANZ Bank has remained tight-lipped on the deal it brokered with Apple to offer the payments platform to its customers, multiple industry insiders say ANZ has 'made life difficult' for other financial institutions.

Rival platforms Android Pay and the similarly Android-based Samsung Pay both arrived in Australia in the first half of this year. Google allows developers to access the NFC capability on its Android platform for third-party applications.

But the banks are unable to do the same on the popular iOS platform, they argue, because unlike Google, Apple locks down the NFC functionality from third parties.

They are pushing for non-exclusive access to an iPhone’s NFC chip so they can develop their own contactless payments platforms on Apple hardware.

Apple has used its “significant bargaining power” - through a 41 percent smartphone market share in Australia - to limit customer choice, security, and transparency in other countries, the banks argued.

They cited examples in the UK, US, and Canada, where Apple’s refusal to budge had forced the countries' banks to fall in line with its terms. In Switzerland and France several bank-built mobile apps have fallen over due to their inability to access iOS NFC.

Apple's unwillingness to open the walled garden is not only inconsistent with its rivals, but also with its approach to other hardware and software it has developed, the banks argued.

“For example, app developers are able (with the user’s permission) to make use of the iPhone’s camera, microphone and accelerometer, its cellular, wi-fi and Bluetooth transmitters and its Touch ID fingerprint sensor, but not its NFC functionality,” the four banks wrote.

Apple’s ability to make banks in bigger markets like the US and UK fall in line means the same is likely to happen in Australia, the four financial institutions argued, resulting in reduced competition for customers.

“... collective negotiation will be required in Australia to overcome the disadvantages the applicants will face in individual negotiations (in terms of size, bargaining power and regulatory and information asymmetries), and to achieve the most efficient and optimal outcome that will preserve and increase competition and best practice principles in mobile payment and mobile wallet services.”

The banks also want ACCC approval to boycott Apple collectively while they are negotiating.

Apple requires banks to give it a cut of the interchange fees associated with Apple Pay.

But Apple restricts banks from recouping any of these costs from their customers.

While the Australian banks aren’t seeking to collectively bargain on specific fee rates, they do want to the ability to band together to pressure Apple into letting them pass on the costs to customers.

“This would allow for consumers to make more efficient decisions when deciding between different methods of payment (avoiding over-use of Apple Pay), promote efficient competition between alternative payment methods and avoid the distributional inequities that arise when restrictions on pass-through are applied,” a report commissioned by the banks stated.

The four banks want the ACCC to move quickly on their request, pushing for interim authorisation within a month so they can start negotiating while full approval is being considered.

"This is a critical time for mobile wallets and mobile payments in Australia. As of mid-July 2016, all three major third party wallets have now launched in Australia and the development of the mobile wallet industry is likely to accelerate due to a number of initiatives now underway," the banks wrote.

"Without interim authorisation, it will be ... increasingly likely that individual issuers (and ultimately the industry as a whole) will be forced to accept terms and conditions that will limit competition, innovation and investment, efficiency and transparency in mobile wallets and mobile payments."