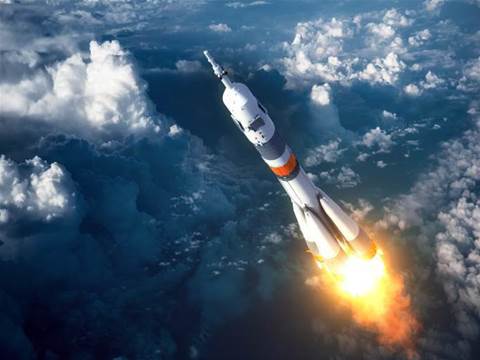 Plans to be up and running at former hospital by mid-2019.

Australia’s own Space Agency has finally settled on Adelaide as its new home after months of deliberation and numerous courtship offers from state governments.

Prime Minister Scott Morrison made the announcement this morning, saying that the agency is part of the government’s plan for a stronger economy in South Australia and the rest of the country.

The South Australian government made a strong case to attract the space agency, allocating $1 million to a dedicated Space Innovation Precinct as part of a larger $400 million renovation project to turn the former Royal Adelaide Hospital into an industry hub now known as Lot Fourteen.

The Agency is expected to be up and running at Lot Fourteen midway through next year, with the government also confirming comments made by the agency’s head Dr Megan Clark earlier in the year that the agency will only start off with 20 full-time equivalent staff.

Federal minister for Industry, Science and Technology Karen Andrews said the state is already home to more than 60 space-related organisations, counting more than 800 employees working in the sector.

South Australian premier Steven Marshall said that Adelaide’s already strong number of startups in the sector, as well as the state’s close ties to the defence innovation and manufacturing industry, make it an ideal host for the nascent space agency.

“I look forward to working with the Federal Government, industry and our education sector to capitalise on this incredible opportunity for our state,” Marshall added.

The University of Adelaide is already working on the education front, and counts Australia’s first astronaut Dr Andy Thomas as an alum of the university’s mechanical engineering degree.

"With the announcement of the new national space agency, the University of Adelaide is uniquely placed to build on years of expertise in the fields of engineering, computer science, mathematics, physics and law, and their application to space,” acting vice-chancellor professor Pascale Quester said.

"For the past 19 years, our Andy Thomas scholarships have helped young South Australians reach for the stars, and we will now be able to expand our activities to do more to offer aspiring space entrepreneurs and engineers a chance to be involved in this industry of the future.

"We look forward to working with the Federal and State Governments in achieving their vision for the national space agency and in launching a dedicated space industry for Australia. In doing so, we will play our role in helping to reinvent the South Australian economy.”

Flavia Tata Nardini, CEO of Adelaide-based Fleet Space Technologies and one of the panel members on the government’s reference group that helped establish the Australian Space Agency, said this “spells the beginning of an amazing future for not just South Australia, but for the entirety of Australia”.

“The space industry significantly impacts some of our most important industries, like defence, agriculture, mining and tourism, as well as services for the community such as health and education. All of these industries will now be looking to our state to help them succeed.”