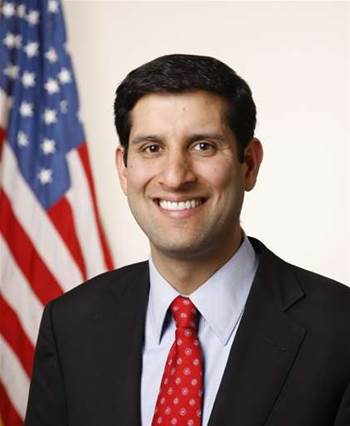 The former CIO of the United States Government has warned the Australian Federal Government’s approach to public cloud computing is dangerous and will set it back in the global community.

Speaking to iTnews ahead of a keynote speech at this week’s CeBIT conference in Sydney, Salesforce executive vice president of emerging markets Vivek Kundra, singled out Australia as a country choosing process over outcomes when it comes to public cloud computing.

He said such an attitude meant it would be unable to compete on the global stage.

“What’s happening is there are a set of countries that are choosing a set of policies that are either going to leave them behind, or help them prosper in the global economy,” Kundra told iTnews.

“There are all sorts of companies and countries facing extinction because they are still stuck in the 1960s.”

He said the Australian Government was hindering its citizens and “preserving the status quo” by being slow in its take up.

“If I can go online and make a reservation to anywhere in the world, why is it when I deal with my government I have to wait in a physical line, wait on the phone, or submit a paper form?

“I think what we’re seeing is this gap in technology, the consumer web versus government services, and what’s dangerous about that in terms of having these types of policies is that it looks at recent history and holds on to it as part of a glorious past. When in fact the only truism about technology is it’s part of a much larger continuum of constant change.”

Kundra spearheaded the US Government’s move to public cloud computing via the formulation of his Federal Cloud Computing, or Cloud First, strategy in 2011.

The strategy meant the US Government would examine lower-cost, cloud-based technologies for new projects first.

“In the last decade the US Government has spent about $600 billion on IT, yet this citizen experience wasn’t the same experience as buying a book, making a restaurant reservation or buying an airline ticket,” he said.

“It’s a shift from asset ownership. The old model was build a data centre, hire an army of consultants to manage the data centre, and sign these multi-million or billion dollar deals with the IT companies who are going to implement these systems, and hopefully something good will come out of it.”

“I think there’s a great potential to fundamentally transform the way the country runs, but it can’t happen when you have government policies that actually hold back innovation.”

Get over security fears

There was a "false belief" that holding the infrastructure automatically meant the data would be more secure.

“From my experience, with 2094 data centres, some agencies didn’t even know where they were,” he said.

“The old model of security was very much around building a fence or perimeter around your systems. That model is broken, it’s not sustainable.

“What we realised was these public cloud companies were actually improving transparency around security, and were hiring the best security experts from around the world, and that was their core business. It was a very easy decision [to shift to public cloud] when we started being intellectually honest about our current security practices.”

He said holding on to legacy technology rather than embracing new options was an ineffective way of dealing with cyber security.

“The threat keeps evolving. There is no point when you can say you are done with technology.”

When asked about the Australian Government’s proposal for internet service providers to store user’s web browsing data for up to two years, Kundra said he sided with internet inventor Sir Tim Berners-Lee and considered the idea fraught with danger.

The proposal was pitched as a method to combat authorities’ inability to access online communications in investigations.

Kundra said while he did not know the details, he would question a policy covering all citizens for such a period of time.

“I think there is a balance between being vigilant when it comes to security but there’s also an individual freedom, the right for individuals to be respected as individual citizens. You don’t ever want to trade security for freedom. Otherwise you’ll give up both.”