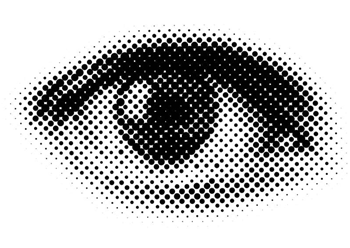 Researchers at IBM Australia will play a role in building a “cognitive assistant” the IT giant hopes will help ophthalmologists diagnose eye conditions from medical image data.

The company recruited a batch of research interns to lend their expertise to the project via the IBM Australia research lab in Melbourne. The interns were slated to begin work last month.

“IBM research is building the next generation cognitive assistant with advanced multi-media capability for early detection and management of diseases that can affect both the eyes and overall health of a person,” the firm said in a now closed advertisement.

“We are building the image-guided informatics system that acts as a filter to extract the essential clinical information ophthalmologists need to know about a patient for diagnosis and treatment planning.

Participating full and part-time interns would apply their clinical knowledge to analyse retinal image data and come up with “novel ideas and insights for cognition on this type of data”.

The eye health project was first revealed in June as part of a wider worldwide drive by IBM to find healthcare applications for its Watson cognitive computing technology.

At the time, IBM said the project would pursue “an evidence-based clinical decision support system for ophthalmologists and optometrists”.

It envisioned an online tool that could be deployed by eye clinics to boost early detection amongst demographics at risk of eye conditions, like diabetes sufferers or people with pre-diabetes.

No Australian involvement was flagged in the original announcement. Instead IBM unveiled 15 partners that would work on a variety of projects connecting Watson to healthcare through the analysis of medical imaging, but none were Australia-based.

IBM has recently refocused much of the discussion around its Watson technology to healthcare.

Back in June, IBM Australia revealed agreements with organisations including Melanoma Institute Australia to "apply cognitive computing to dermatology images” in the hope of earlier detection and identification of skin cancer.

Earlier this month, it was revealed that Watson correctly diagnosed a rare form of leukemia in a Japanese patient after doctors had been unable to pinpoint the cause of the woman’s health problems.