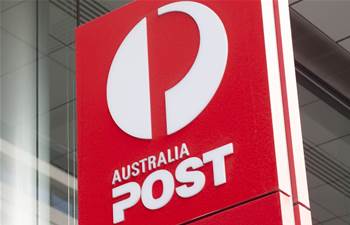 Australia Post has broken cover with a ruggedised smartphone that could replace up to eight devices used by staff to perform work at 4300 owned and licensed post offices.

The smartphone, loaded with off-the-shelf and custom apps, has been under extended trial at Australia Post’s Chadstone store in Melbourne.

Australia Post had intended to showcase the technology at a series of roadshows for post office managers and licensees this year, but these were postponed until at least March 2022 due to the pandemic.

The smartphones, the results of the trial and Australia Post’s broader ambition to deploy nationwide, were revealed at the largely US-centric VMWorld 2021 technology conference early on Wednesday morning AEDT.

One of the reasons Australia Post is keen to have staff use a single multi-functional smartphone, instead of a number of shared peripherals plugged into its “venerable” 32-year-old point-of-sale (POS) system, is health and safety related.

“We have a large number of devices in our stores that are largely shared between all staff in that store, and that creates some challenges around sanitising those devices between usage and at the end of day,” Australia Post technology business partner Ben Llewellyn said.

“So what we’re looking at doing is to create a situation where every staff member has their own device from the start to the end of their shift, and isn’t sharing those devices and potentially sharing the virus between themselves.”

However, the original impetus for the project was to find a more effective way to capture sender and recipient information from “dark parcels” - those with handwritten labels - which currently needs to be manually re-typed at the point of sale for parcel lodgement.

“Probably about half of [the parcels we receive] still have handwritten address labels, and we have a real desire to capture the data on those labels, both sender and receiver, and digitise that for our tracking and delivery systems,” Llewellyn said.

“What was asked of me was to find a solution for how our staff could actually capture that information, such as name, address, city, state, phone number etc for both sender and receiver.”

Llewellyn said that a number of possible options were looked at.

Australia Post considered mounting a digital camera on a pole above the counter. “But that would have been the ninth peripheral we were plugging into our overloaded POS terminals, not to mention the shopfit costs of fitting that across 4300 stores and about 8500 individual counters across those stores,” Llewellyn said.

That process led Llewellyn to an idea he’d “had a while ago about mobility and the image capture capability of modern mobile phones”.

He spent several weeks talking to stores and product owners to understand data capture and processing, and put together a demonstration video that he shopped internally to key stakeholders for buy-in.

Llewellyn was able to lean on some previous work deploying tablet devices for its store network, and take advantage of new high-speed in-store connectivity and VMware technology introduced through a massive telecommunications transformation.

The result was a ruggedised Android smartphone that could be ‘checked out’ and ‘checked back in’ again at the end of the day by staff, that came pre-loaded with an ever-increasing number of applications and functions.

In its trial form, as used in the Chadstone Centre Post Office, the smartphone directly replaces four previously used devices such as laser barcode scanners.

However, it is anticipated that the smartphone will eventually replace the use of up to eight in-store peripherals, drastically simplifying in-store technology and - in turn - Australia Post’s vendor support and business-as-usual operating costs.

The trial was set up for a four-week period to evaluate if staff liked the smartphones - both concept and execution - since it was the first time they would be expected to carry a device with them at all times to perform their work.

It passed this gate easily.

“We’re now in week 22 of our four-week trial,” Llewellyn said, noting staff at the Chadstone store had been unwilling to go back to their old systems and processes.

While word of the trial had started to spread a little more, Llewellyn indicated it was still fairly unknown within the wider Australia Post network.

“I guess in some ways we’ve deliberately kept it a little ‘hush’ amongst all of our stores,” he said.

“We did have an opportunity to show a couple of other store managers and they want it.

“We have our own expos for our staff and licensees - about 2700 of our stores are licensed post offices - where we show them what’s coming next.

“Unfortunately those expos have been cancelled this year because that’s where the ‘big reveal’ was going to be. I expected a stampede of people coming across to see what this thing looked like and how we’re talking about transforming their operations.

“The ‘big reveal’ has been postponed until I think March-April-May next year.”

The organisation’s appearance and unveiling at VMWorld 2021, however, may bring that interest forward.

Llewellyn also said that his team is already looking at how it can add more capabilities to the smartphones.

One of the additions is email, which previously was not available at the front-of-house for compliance purposes.

“Our store managers, because of the communication challenges that we have in the store, are often sitting in their back office looking at what we call the backoffice PC where they have access to email, because we can’t put that on the POS counters because of some of our compliance obligations,” Llewellyn said.

“They’re sort of forced to go there in case they get an email from head office they have to react to.

“Putting email on the mobile device [means store managers can] spend so much more time with their staff in the front of the store and with their customers.”

The devices also now carry OneDrive, which Australia Post was already licensed to use. This can be used to capture and lodge health and safety check paperwork, which would otherwise have taken an hour a week to do.

“We’re looking at how much more capability we can put on these devices,” Llewellyn said.

“There’s a heap of capability we’re hoping to drag onto this device and really simplify what it means for our staff to get access to all the tools and apps they need to serve the customers and create awesome customer experiences.”

Llewellyn also revealed that Australia Post is “currently in the middle of a four year point-of-sale transformation” that is Covid-disrupted in terms of its timelines.

“We sort of got about 18 months into it and the pandemic crashed into everything,” he said.

“We currently have a 32-year-old point-of-sale system and it’s a bit of a Frankenstein.

It’s got things bolted onto it over the journey to improve the customer experience.

“As we’ve grown and our services have grown organically, we’ve adapted by bolting more and more things onto our venerable POS system, so we’re in the process of transforming that.

“That’s going to be really exciting for our staff because I think for the first time in 20 years all of our transactions are going to have a consistent look-and-feel to them, [and] training is going to be simplified.”

Llewellyn said there is a team of about 200 people working on the project.

One of the future challenges will be getting the ruggedised smartphone system and new POS system “to work together harmoniously.”

“The mobile device gives us the ability to take technology with us front-of-house and back-of-house,” Llewellyn said.