Australia on brink of more mobile broadband connections than people 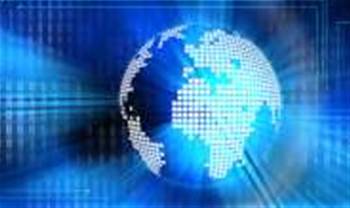 Remains ranked 21 out of 34 for OECD fixed connections.

Australia could soon join Korea and Sweden in having more mobile broadband connections than inhabitants, according to the latest data on broadband penetration from the Organisation for Economic Cooperation and Development (OECD).

Mobile broadband grew by 18 percent across OECD countries in the 12 months to June 2012, spurred on by strong demand for tablets and smartphones.

Switzerland and Korea continued to top the ranking for fixed and wireless broadband, however Australia ranked third behind Korea and Sweden for mobile wireless broadband subscriptions per 100 inhabitants, with 97.4.

Australia jumped from eighth to third during the six months to June 2012 for mobile broadband, however part of that can be attributed to a change in methodology that saw Australia start reporting all mobile subscriptions with a data allowance in the package irrespective of whether the data was accessed.

Korea has 104.2 mobile wireless broadband subscriptions per 100 inhabitants, while Sweden has 101.8.

New Zealand, which is three years into its NS$1.5 billion ultra-fast broadband rollout, experienced the highest growth in fixed broadband connections in the six months between December 2011 and June 2012, with a 4.6 percent increase in penetration.

During the same period Australia saw a modest 0.6 percent increase in fixed broadband penetration, leaving the country ranked 21st out of 34 nations, with 24.6 fixed broadband connections per 100 inhabitants. The OECD average is 26.

At June 2012 there were 5.6 million total broadband subscriptions in Australia.

DSL represented 54.7 percent of the total fixed wired broadband subscription across the ranked countries, however it remained the most popular of the fixed options in Australia with 20.3 connections per 100 people.