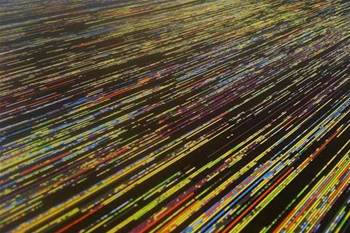 The company is also planning to combine that with an upgrade to its core network.

Both projects will occur relatively quickly, with managing director Phillip Britt telling the AusNOG conference late Friday last week that vendor selection would occur “in the next three weeks”.

“We don’t have time to muck around,” Britt said in a slide deck [pdf] published by the retail service provider.

One of the main factors driving the accelerated timeline is that the RSP exhausted its available IPv4 address space in June of this year, meaning it had to go to market to buy more IPv4 addresses.

Technically, the pool of IPv4 address space was exhausted industry-wide in 2016, but there is still a secondary market where blocks of addresses can be bought and sold.

“The June /18 will be exhausted by late October so we are now looking to acquire another /18 (expected to cost $405,000 due to currency and IP price rises) which we expect will last until late November 2018.”

But that kind of cadence is unsustainable, leading Aussie Broadband to declare that “IPv4 purchasing is no longer viable so we will need to incorporate CGNAT (free opt out) with native IPv6.”

“The high cost of IPv4 space led to us speeding up our IPv6 project and we are now looking at CGNAT vendors as a longer term solution rather than buying more IPv4 space,” Britt said.

CGNAT allows carriers to serve hundreds of devices from behind IPv4 gateways.

Britt said that Aussie Broadband “will provide an opt-out option for those that require
a real world IPv4 address” and will also continue to offer a static IPv4 purchase option.

Over a three-year period, Aussie Broadband expects the combination of a core network upgrade to 100G and CGNAT adoption to save $11.9 million compared to “purchasing IPv4 space on the open market.”

The company is hoping to have both technology elements operational by the end of the year, at least to serve its main state-based markets.

“By Christmas the core and CGNAT needs to be implemented in at least Victoria and NSW or we’ll need to buy more IP addresses,” Britt said in the slides.

The core network upgrade is also set to alleviate expected bandwidth issues as the company signs on an expected 100,000 new NBN services over the next year.

“Our goals see our customer take up rate rapidly increasing over the next 9-12 months and we expect bandwidth per month grow to go from 12G to 32G per month with total inbound capacity demand set to increase from 110G today to 380G by June 2019,” Britt said in the slides.