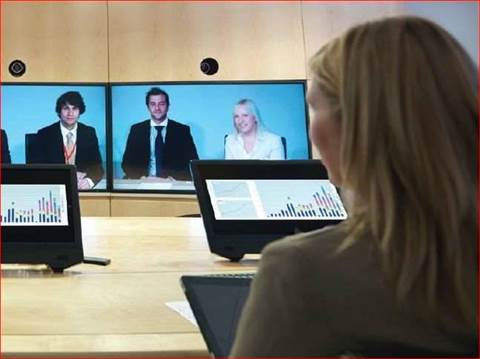 Spokespeople from the Commonwealth Bank and National Australia Bank (NAB) told iTnews of an increasing demand for video services.

Their comments followed a Telstra whitepaper that found 57 percent of Australians interested in video-based financial services.

Chris Smith, General Manager for NAB Digital told iTnews said video had the potential to become a lucrative channel for the bank and improve its service for existing customers.

“We have already seen how demand for online video content has increased dramatically in recent years and we see this trend continuing, and also venturing into other channels,” he said.

"We expect video to grow across the business and become a key channel for our customers to easily interact with us – whether that is for general servicing or to access specific tools, products or advice."

ANZ has been trialling customer-facing video conferencing in West Australian mining towns since last year, under a 'Branch of the Future' project.

The Commonwealth Bank also hoped to expand its use of video, with a spokesperson noting that the its greatest challenge was around "people getting comfortable with the new technology".

"The group will continue to use video as a way to continuously improve the way we deliver services to our customers," Commbank's spokesperson said.

"While this technology itself is not new, it is only now becoming commonplace and more broadly accepted."

In its whitepaper, titled The Digital Media Bank – how video better engages your customers and workers, Telstra argued that banking customers were willing to switch banks for the privillege of video communication.

Telstra has a vested interest in the future of banking video solutions, seeking to sell its core IP networks and Enterprise Unified Communications and Collaboration (UC&C) platforms as a 'seamless digital media bank' solution.

For the whitepaper, Scopelliti interviewed financial intuitions from around the world about their current and future video services, including 30 banks in the Asia-Pacific region.

He said banks had identified two key drivers for video adoption: to improve staff engagement and improve productivity; and to deepen customer relationships and drive growth.

"The major banks have already made public statements around the trial and intended use of video to strengthen client relationships, improve customer experience, extend trading hours and provide customers with greater degrees of convenience."

Fifty-seven percent of surveyed individuals showed an interest in video-based financial services; this figure leapt to 78 percent among consumers who already made video calls.

Of those who found video services appealing, over half were white collar workers and 29 percent were “mass affluent”.

“So these are the customers that have broader, more complex financial requirements and they’re ideally the types of customers that financial institutions would look to deliver a great service experience to, because they are high-valued," Scopelliti said.

NAB's Smith said video adoption would likely depend on the rollout of the National Broadband Network, as well as consumer uptake of video-friendly, mobile devices.

“It’s still too early to say exactly how this part of the business will evolve, but there’s almost no limit to how video technology may grow," Smith said.

"As it does, so too will the ability of organisations such as NAB to provide customers with more choice and flexibility for how and where they do their banking.”