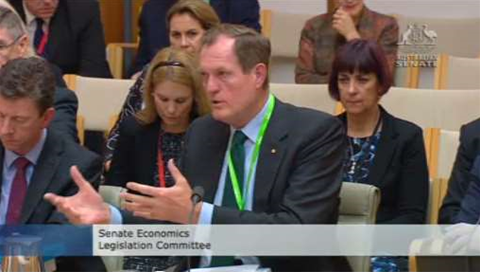 The outage that wasn't.

ATO commissioner Chris Jordan says a probe into persistent outages to its tax agent portal suggested a lot of the woes should be blamed on dodgy accountant equipment rather than the tax office's 14-year-old system.

The ATO has been locked in a long-running spat with disgruntled tax agents over the performance of the portal, which allows accountants to access customer details and lodge tax returns on their behalf.

The agency has accepted that the system is a bit unreliable, but refuses to make any major fixes in the lead up to the portal’s imminent replacement with a new, web-based solution.

The issue last year culminated in an inquiry by the House of Representatives’ tax and revenue committee, to which tax agents and their industry bodies complained about the productivity and reputational cost of the portal’s instability.

But the ATO boss today claimed that in many cases it is dealing with a case of PEBKAC on a national scale.

The tax office has visited nearly 100 different tax practitioner offices to “get to the bottom” of the issues.

“We’d get these complaints that the portal was down for a day but our system didn’t reflect that at all,” Jordan told senate estimates today.

“So we physically went out to a large number of agents, sat down with them, and we found a whole lot of problems - 10 year-old computers, old dial-up connections, internet service providers having problems, really old equipment.

“When they were saying the portal was down, it was not, and we can prove it was not."

As a measure to placate some of the aggrieved tax agents, the ATO has set up a real-time uptime dashboard for the tax agent portal which it says will allow agents to check whether availability glitches are the real deal.

According to the dashboard, the tax agent portal has experienced 98.5 percent availability in the past 30 days, with some issues on 30 September and 9 October.

The ATO has yet to commit to a release date for its new “ATO Online” web-based replacement, but Jordan said the existing system will still be kept up and running for “a long time” for those who don’t want to move off the familiar model.

“There is a difficult change going on for some practitioners in the move from paper to digital,” he said.

In the meantime, the ATO is working with a number of accounting software providers to build many of the portal's same functions into their practice management products to prevent operators from “flipping between two systems”.