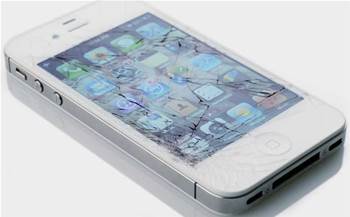 Govt-issued mobiles and tablets get damaged, lost or stolen.

The Australian Taxation Office and Department of Immigration found themselves up for large bills replacing damaged, lost and stolen mobile handsets and tablets in the past year.

It was also forced to fork out a further $125,500 for 81 damaged tablet devices and $19,000 to replace 104 damaged mobile phones.The low unit cost for the latter is explained by the agency's use of thrifty Lumia handsets.

Immigration has a total of 5428 mobiles and 2775 tablets in circulation. The mobiles are mostly iPhones and Lumias, while the tablets are predominately Surface Pros and iPads.

The bill for damaged, lost or stolen devices at ATO and Immigration far exceed that of other major federal government departments that have so far released figures – although they also have comparatively larger corporate fleets to manage.

Some other large portfolios – such as Health, Education and Human Services – are yet to provide similar numbers to the senate, which regularly monitors such spending through the estimates process.

The Department of Foreign Affairs and Trade

DFAT had 2804 mobile phones in use, of which 11 were “reported lost” and 90 which had to be replaced due to damage. The department did not cost this, though the numbers are fairly similar to Immigration.

Of its 693 tablets in the field, two were damaged and replaced; none were reported lost in 2016.

The Department of Finance

Finance had just one of its 322 mobile phones reported lost, but said “no purchase was made to replace” it.

None of its 118 department-issued iPads were reported lost or stolen, and no device of either type was damaged.

The Department of the Prime Minister and Cabinet

DPM&C has 1147 mobile phones and 484 iPads in circulation. In 2016, 11 phones and two tablets were reported lost or stolen; all were “replaced using existing stock”.

In addition, 37 phones and seven iPads were damaged; all but one was repaired, though no costs were provided for the repair bills.

The Australian Bureau of Statistics

ABS said it was forced to replace 20 mobile phones “due to loss or theft” and 24 handsets due to damage in 2016, out of a total 656 devices in use. It relied on existing spares rather than new purchases.

It also had 152 corporate-issued tablets, of which two were lost or stolen, and six damaged. Again, it relied on existing devices to source replacements.

The Department of Veterans Affairs

DVA had 286 mobiles and 130 tablets in use. It repaired five damaged handsets at a cost of $1675. One iPhone “was reported lost but later found by the staff member”, it said. No tablets were lost, damaged or stolen.

The Department of Industry, Innovation and Science

The department reported 79 iPhones replaced due to damage and three lost or stolen out of a total of 652 devices. It used “existing … stock” in all cases rather than buying new devices.

Similarly it replaced three iPads due to damage and one that was lost/stolen using existing stock. It has 137 iPads in circulation.