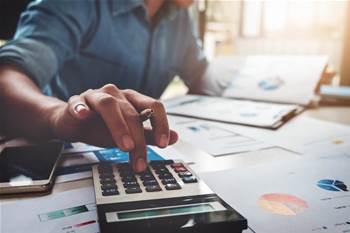 The Australian Taxation Office has extended its long-running partnership with centralised computing services provider DXC Technology for another four years, ahead of a shakeup of the outsourcing approach.

The agency handed the IT services company a $529.1 million contract last month that pushes out the existing arrangement until July 2023.

It brings the total value of the partnership to more than $2 billion since HPE won the centralised computing services bundle back in 2010.

The deal covers data warehousing, mainframe, midrange, data centre facilities, and cloud, as well as the agency's storage area network that was responsible for a string of major outages in December 2016 and February 2017.

It is one of three major IT service bundles held by third parties that have been in place since the ATO decided to split up its monolithic IT outsourcing agreement with EDS (now DXC) in 2009.

The other outsourced bundles encompass end user computing and managed network services, which are held by Leidos and Optus.

A spokesperson told iTnews the negotiated extension would provide cost savings to the ATO, as well as improve service levels through technology upgrades.

“We have negotiated a good deal for the ATO with DXC that provides value for money as well as improved levels of service and technology uplift,” the spokesperson said.

The extension comes at a time when the ATO is undergoing the biggest shakeup of its IT outsourcing deals in a decade to better support its digital priorities.

Last year chief information officer Ramez Katf told iTnews this would involve replacing each of the agency’s major IT contracts – or bundles – from this year.

Katf said the deal would be re-contested using a phased approach over the next two to three years and would likely become more granular and shorter in duration.

The spokesperson said this had started with secure internet gateway services – which the agency tendered for earlier this year – that is now being evaluated.

This will be followed by data centre facilities, the spokesperson said, after the agency secured $70 million to move out its existing data centre in last month’s federal budget.

A large part of this overhaul is the federal government’s tough new stance on procurement that caps IT contract at $100 million or three year’s duration.