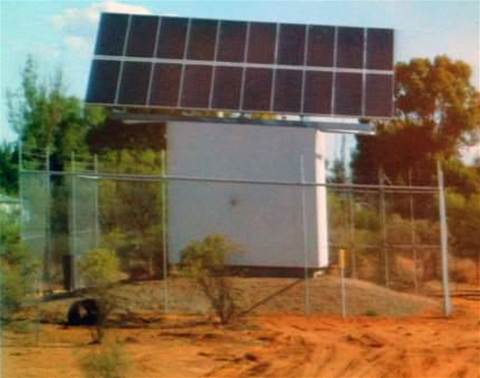 The Department of Defence, remote Australian towns and Curtin University are among some organisations that can tap into the fibre cable feeding the Australian Square Kilometre Array Pathfinder (ASKAP).

The multi-terabit network covers 390 kilometres of remote Australia between Geraldton and Boolardy Station, including areas that previously only had satellite internet access.

It is run by research network operator AARNet, which has agreed to provide access to the rare regional fibre under commercial agreements to help fund the network's maintainence and operation.

The Department of Defence was understood to be interested in linking a satellite base to the fibre network.

The network was designed to connect to the Federal Government's Geraldton-to-Perth link, in order to deliver data from the ASKAP radio telescope to the Pawsey supercomputer facility.

Rollout began in June last year and was completed a year later, slightly longer than planned due to flooding in the region.

Five 15-tonne concrete re-amplification bunkers were built at points along the network. Punters wishing to access the fibre could tap in at the solar-powered bunkers, designed to provide protection to engineers and equipment from the blistering heat.

“It helps to offset the maintenance costs and we can provide extra fibre to towns,” CSIRO computing infrastructure group leader Dr Shaun Amy said at the AusNOG 2012 meeting in Melbourne.

Farmers on whose land the bunkers were built were given 300 metres of free fibre backhaul as part of “good for neighbourly relations”.

“In exchange they’ll keep an eye on the [bunkers], and make sure no one shoots at the solar panels.”

The Government's Geraldton-to-Perth link had more complex sharing agreements than the CSIRO-bulit network.

Amy said at least two Western Australian Government departments, along with NextGen Networks and the NBN Co had a stake in the link, which made it difficult for CSIRO to ink a contract to access the network and Pawsey.

ASKAP data was intended to be processed in the Pawsey supercomputing centre. But the task will be left to a bank of six off-the-shelf servers when the telescope launches next month.

The telescope will open on October 11, ahead of the Pawsey supercomputer which is due for completion in 2013.

The Pawsey supercomputer was expected to provide 1.2 Petaflops (1200 Teraflops) of processing power for ASKAP, with equipment due to be installed from March next year.

ASKAP called for 100 Teraflops for "basic capabilities"and more than 400 Teraflops for the preferred "high angular resolution spectral line imaging" in which data was projected onto a three dimensional model.

The small bank of servers would crunch a trickle of test data in the months prior to the planned opening of the Pawsey centre.

ASKAP has been in construction since 2009, as Australia's precursor to the international, €1.5 billion SKA.

Amy described SKA organisers' decision to split the project between Australia and South Africa as one that was politically, not technologically, driven. The countries were previously in competition to host the SKA.

Amy warned that SKA networking costs could blow out under the dual-site model, although Australian SKA project director Brian Boyle previously said bandwidth requirements would remain unchanged because data would not be correlated across the two sites in real time.

Contracts for the SKA will be issued from early next year.