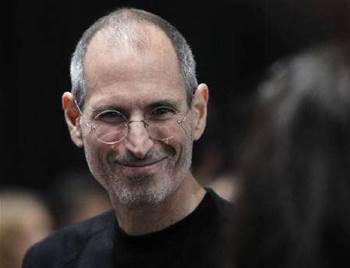 Apple chief executive Steve Jobs earned another US$1 in salary 2010, the technology company said in a regulatory filing on Friday.

Jobs has received annual compensation from Apple of only US$1 since 1997. He owns 5.5 million shares of Apple common stock. Jobs co-founded Apple in 1976.

Consumers in Australia, China and South Korea made the Asia Pacific region by far the fastest growing market for Apple in 2010.

The region accounted for 13 percent of its US$65 billion in global net sales, according to a statement Apple released ahead of its first quarter 2011 earnings update on January 18.

"The significant growth in Asia-Pacific net sales was due mainly to increased iPhone revenue," it explained.

Australia has performed well for Apple for some time, with revenues in 2008 already exceeding AU$1 billion.

Apple's second largest market Europe grew at 58 per cent to US$18.6 billion, and while North and South America remained its largest source of revenue at US$24.5 billion, its 29 percent growth rate was the slowest.

Apple confirmed that it had sold 7.5 million iPads since April 2010, which had generated it US$5 billion -- a figure still dwarfed by the US$25.2 billion the iPhone generated last year via unit sales that almost doubled from 20.7 million to 40 million.