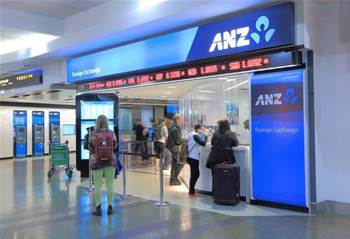 Corporate agile evangelist-cum-retail bank ANZ purged $1.5 billion in capitalised software from its books in just three years, the institution’s annual results reveal, as it continues to aggressively prune expenses under its pursuit of digital superiority.

Full year cash profit at the bank slid a meaty 5% to $6.49 billion on Wednesday, after being bitten by higher compensation and legal costs associated with the Banking Royal Commission in the midst of a slowing housing market.

The results show ANZ decreased its capitalised software balance “from $2.9 billion in 2015 to $1.4 billion today”, a number it said is “currently the lowest of the major banks.”

Change is never easy, and at ANZ it’s certainly not cheap either, especially on the technology front where ANZ has arguably trailed front-runners like CBA in terms of achieving tech-enabled cost reductions.

Agile is a big thing at ANZ too. Literally.

“A restructuring charge of $104 million, largely relating to the previously announced move of the Australia and Technology Divisions to agile ways of working, was also recorded in 2H18,” ANZ said, booking the charge into the “Large / Notable Items” column.

The premium price tag hasn’t dampened enthusiasm for ANZ’s heavily promoted culture shift - think Lego workshops -  with the institution highlighting that it had “rolled out New Ways of Working to Australia and Technology divisions, with more than 9,000 people now working in Agile teams.”

Simplification of architecture resulted in the “decommissioning of 264 applications, a 35% increase on 2017” ANZ said.

While the use of artificial intelligence didn’t get a hard dollar amount put next to it, ANZ nonetheless put its efficiency gains up in lights.

The use of machine learning and robotics in ANZ’s division is now being used for around “30% of trade transaction processing” which had improved “customer turnaround time by ~40%.”

ANZ’s claiming of strong gains on the digital front suggests the institution feels it has equal or better access to its customers and solutions for their needs via online channels than Post can offer – or is simply prepared to lose some regional customers to gain new ones elsewhere.

Three of Australia’s other Big Four banks have re-inked their branch access deal with Post, creating a repeat of ANZ’s willingness to break from the pack when it sees more individual than collective upside as occurred with its decision to back Apple’s higher payment fees by supporting Apple Pay.

This year, the digital chest beating continued in earnest, even if ANZ’s use of the ageing Hogan core banking platform (also used by Westpac) have arguably prompted alternative approaches to some digital payments reforms.

ANZ says it “maintained mobile payment leadership” – read Apple Pay – “with more than 64 million transactions completed during the year, with total spend up 128% in September 2018 compared to last year.”

The good news on digital was tempered by a firmly cautionary outlook from Elliott.

“We expect the tough revenue growth environment in retail banking in Australia to continue for the foreseeable future, however we are well positioned to take advantage of growth opportunities in Institutional, Asia and New Zealand,” Elliot said.

In other words expect the sharp focus on digital and automation to kill costs and expenses wherever possible to continue for at least another year.