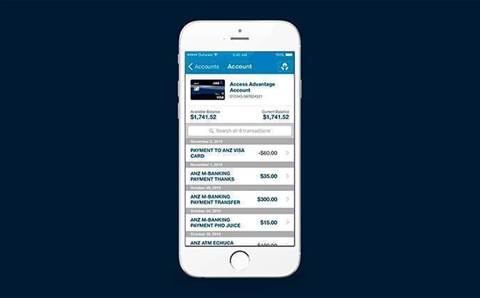 Model for expansion of technology across the bank.

"We are getting continued new compliance changes and to stay across these is really tough for our staff.

"We had this idea that if we could create chatbot with some artificial intelligence behind it, you could communicate with it through natural language, and it could tell you what it can find out about that policy."

The initiative was run by Nick Reed, ANZ's group general manager for risk.

Venter told iTnews that lessons learned from this pilot are informing the current activity and roadmaps for chatbots across the broader organisation.

"That is now the start of some more of our AI chatbot work, which will have a broader customer reach," Venter said.

The bank's ability to rapidly deploy new innovation is acelerating courtesy of a wholesale move to the agile methodology, which went live six weeks ago after first being announced in May 2017.

The bank split its workforce up into autonomous, multi-disciplinary teams of about 10 employees to remove bureaucracy and hierarchies and deliver new products at speed as part of the agile project, which was led by Kath Bray, managing director of products and Apple Pay at ANZ.

"We have adopted the Spotify engineering model," Venter said.

"We have tribes, we have squads and each of these teams is effectively aligned around a customer mission and the customer is central to the purpose around every one of these missions.

"What's different is the teams are empowered to make decisions."

He said that ANZ is aiming to integrate lines of business, technology teams and "the voice of the customer directly into our teams".

"We have customer feedback, NPS [net promoter score] dashboards and App Store feedback on big screens displayed all around our teams all the time. We are watching those every day and making changes to our software as a result."

One such rapid iteration came when ANZ merged its goMoney and Grow wealth mobile applications in favour of a single app.

"When we launched that app, we got a bunch of things wrong, but because we were working in agile teams, we fixed them really quickly," Venter said.

For instance, ANZ rounded numbers to remove cents from the app. "Customers hated that, so we fixed it within a couple of days," he added.

"Customers also did not like that we removed some features around logging in and logging out, although we thought it was helping them, so we fixed that.

"Within two days we made the change, turned around and put it back. In the old bank, we would never have been able to do that."