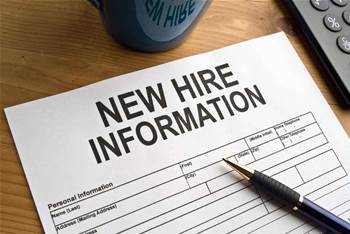 ANZ Bank is seeking to grow its team of cyber security professionals as it builds out its digital delivery capabilities and implements the scaled agile methodology across the entire bank.

The company in May announced it would expand its use of agile to the whole organisation to allow it to respond faster to customer demands.

The restructure will see multi-disciplinary teams of about 10 employees created across the workforce in pursuit of a leaner, more efficient organisation.

At the same time the bank is working to boost its abilities in digital delivery, having recently created an executive role dedicated to digital transformation filled by former eBay Europe chief operating officer Jennifer Scott.

Scott's responsibility is to "accelerate an innovative culture" across the bank through the use of strategic digital partnerships, and deliver ANZ's new digital banking strategy.

The new directions in agile and digital have necessitated growth in the bank's information and cyber security team, according to job ads posted by ANZ

It is recruiting for a number of positions, including for a new red team.

A red team is a group of professionals tasked with finding holes in an organisation's IT security posture. The bank said the new team was an expansion of existing red team capability.

Roles available include a team leader, manager, and consultant positions.

"The focus of these roles is on evaluating and testing our environment for any issues regarding our security posture. You will be driving effective penetration testing and process efficiencies, in line with best practice," ANZ said.

Three security and technology risk management roles are also on offer across the digital, data, and payments domains.

"We want to build an innovative, secure and simplified environment using the latest tools, techniques and industry best practice," the bank wrote.

"There has never been a more exciting time to work in cyber security. Our team plays an important role at ANZ, collaborating to achieve the best security outcomes across the bank, broader industry and government as well as fostering unique opportunities to contribute to the community."

It comes as rival CBA downsizes its own security operations following the appointment of a new chief information security officer.

CBA had significantly grown the size and budget of its security operations over the past six years, but after joining in February new CISO Yuval Illuz has sought to rein in spending and slim down the division.

The bank's restructure has resulted in job losses as well as the potential outsourcing of some security functions.