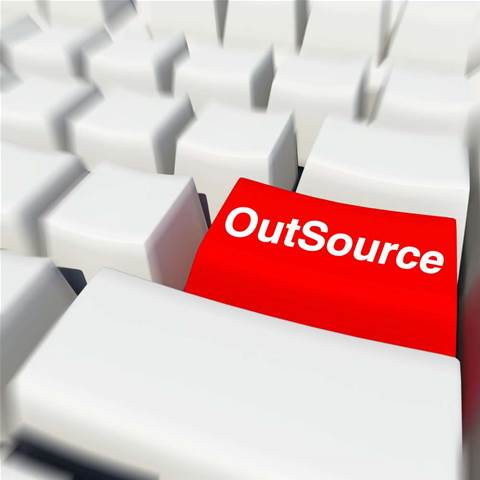 If today's chief information officers have the luxury of greater choice and buying power than at the start of the outsourcing revolution, why are so many choosing to stick with incumbent suppliers?

Yesterday Westpac announced that it had re-signed with IBM Global Services for its IT requirements in a deal quoted as being worth $1.3 billion over five years. It followed a decision on Friday by the Australian Tax Office to stick with its incumbent supplier, HP Enterprise Services.

The two deals mark the end of a cycle in which the sales activities of the major vendors such as IBM, HP and CSC were geared towards a small number of very large deals.

IBRS analyst Phil Hassey said that whilst the financial details of the deals have not been disclosed (aside from a source telling the AFR the Westpac deal was worth $1.3 billion over five years), he anticipated the buyers drove hard bargains.

In November 2009, Westpac chief executive Gail Kelly had threatened to break the bank's IT needs into more granular components just as the Tax Office and rival the Commonwealth Bank had.

But even with these cards in hand, analysts noted that it was "very unlikely" that large organisations would swap out IT outsourcing partners unless they had serious grievances with their business partner.

"The cost of changing is very high and disruptive, to put it mildly," Hassey said. "Which is why it doesn't happen very often. Changing outsourcers is more often the exception than the rule."

According to Gartner outsourcing guru Rolf Jester, the percentage of organisations coming up for outsourcing renewals that switch supplier is "probably only in the single digits" - but interestingly this rose to around 25 percent during the global financial crisis before returning to normal this year.

"Is there value in incumbency? Clearly, yes," Jester said. "There is a cost to changing providers - nobody wants to change unless they have to. There is only ever a small percent that ends a contract because business conditions have changed or over a service provider's lack of performance."

Hassey said the historical trend was for large customers to use contract re-negotiations to drive better deals with its suppliers. The Commonwealth Bank had talked up the value of more fluid sourcing models via cloud computing during renegotiations with EDS, but nonetheless renewed with the same company under its new owner HP.

"A customer might test the market with an RFP (Request for Proposal)," Jester added, "but in many cases still intend to use the same service provider."

Much of the noise about use of cloud computing simply reflected that "banks want to see IT costs come down to a fraction of where they are today," he said. "They know that the opportunities are possible today, but that it might be a bit slow getting there."

Hassey expected the vendor community to now shift its focus to smaller sized deals and ensuring it can make good on renewed vows.

"The vendor community would have to come to a realisation that with the CBA, AMP, ATO and Westpac down, there are very few big bites out there anymore," he said. "The big infrastructure deals are off the table."

The focus for the last 12 months would have been on "sales and retaining of work," he said, whereas now there will be a shift in the sales focus to mid-sized deals and even a redeployment of resources into service delivery.

But Jester said it would be hard to make assumptions for the whole industry based on its two largest deals.

"In the case of Westpac and IBM, a lot of the structural changes were made over the past year or so to ensure the renewal would go ahead," he said. "In that sense, the work has already been done."

Both analysts felt that the spate of recent renewals spoke bode well for the IT outsourcing sector as a whole.

Jester in particular thought this was the main takeaway in a mature market where both buyer and seller is armed with strong IT skills.

"Its commendable for any service provider who has their services market tested, and a customer feels you a still meeting their needs," he said.

Read on to page two for analysts' take on the ATO/HP deal...