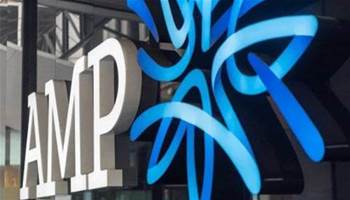 Fintech partnerships on the cards.

AMP has provided an update on its strategic priorities as it continues to develop a rebranded AMP, focused on further investment in its banking division and digital initiatives.

AMP laid out its "path to a new AMP" in its 2021 full year results, motivated by "a relentless focus on customers".

In the year ahead the organisation will focus on building data analytics capabilities to "identify, attract and serve customers more directly", and will launch digital mortgages.

George said AMP is “also on track to deliver on our three year $300 million run rate cost-out targets set in FY19”, with the company reporting it has achieved $260 million in cost reductions so far.

Included in its cost reductions, $52 million was achieved through simplified infrastructure and technology assets.

George added the business has shown “good momentum” in its transformation journey and is “repositioning our core capabilities” moving forward, including beyond its demerger of its life insurance division, PrivateMarketsCo.

“We've invested in technology to improve the experience for our bank customers, including consistently fast turnaround times and our home loans.”

On AMP Bank, George said she has "made it pretty clear how important the bank is to our future direction”.

She said the bank is continuing to simplify its platform architecture and modernise its core system.

“We are well positioned benefiting from the digital investments we've made to reduce loan turnaround times and increase customer experience.

“Our auto credit decisioning rate has increased by 75 percent to be about 60 percent for [the year 2021] and that means faster and more consistent approvals, which will support our growth ambitions.”

George said the bank also wants to improve its customer "time to yes" for mortgage approvals by 30 percent.

The bank's technology costs increased by 44 percent, reaching $7 million over the year, partly due to customer experience improvements.

George once again welcomed Felicia Trewin as its first group chief technology officer and a member of the group executive committee.

“We're very happy to have a new CTO starting in the next few weeks, who will support us in helping build our data analytics capability to better target and serve our customers”

George said "this use of data and analytics to be able to better serve the customers is one of my big priorities” and a driver in the appointment of Trewin.

AMP reported $252 million in loss over the year while AMP Bank saw a 38 percent rise, reporting $153 million in net profits.