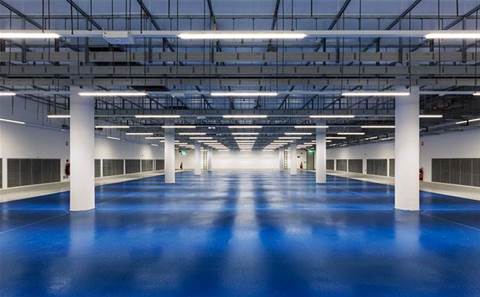 Linked gallery: Behind the scenes at AirTrunk's Sydney data centre

Startup data centre provider AirTrunk has launched its "mammoth" 64,000 square metre Sydney facility after spending more than $200 million and 10 months on the first phase of the construction.

The first phase boasts 20MW of capacity and AirTrunk today announced it was breaking ground on a second phase, which will add 10MW when it launches in mid-2018.

The site's master plan includes scope for more than 80MW of IT load and 30 modular data halls across four construction phases, and will employ 180 staff at its completion.

AirTrunk is also launching a site in Melbourne with a maximum capacity of 50MW, and is already eyeing expansion into Asia. 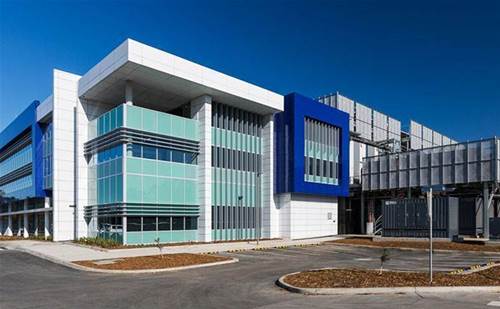 It has taken a ruthless focus on availability, cost-efficiency, quick deployment and scalability to meet the needs of demanding customers like Microsoft Azure, AWS and Google, Khuda said.

"Some of the data centre providers go after the retail customers – they are selling two racks, five racks, a caged area. We really focus on the big hyperscale cloud providers. They usually deploy multiple megawatt capacity," said Khuda.

The company is banking on the site's scalability to attract public cloud providers as they undergo rampant growth. AWS grew revenue 43 percent to US$3.7 billion for the first quarter of this year, while Azure sales jumped 93 percent (Microsoft does not break out revenue).

"For a big cloud provider to set up their network node availability zone is $50-60 million investment," Khuda said.

"They don't want to be in 50 different data centres for that infrastructure. They want to be in a campus where they can grow over the long term."

Khuda estimated that AirTrunk saved 30-50 percent on the typical capital expenditure to build a data centre thanks to economies of scale and its modular, pre-fabricated design.

AirTrunk also pays less for power – typically a data centre's most significant input cost – due to its on-site electricity infrastructure, which CTO Spillane called "one of our key distinguishing factors".

The Sydney facility has a 132kV diverse high-voltage power feed, fed by two onsite substations – enough electricity to power 24,000 homes, according to AirTrunk.

"Buying at a higher voltage is a big cost benefit for our customers and is also scalable. We can scale up to an extraordinary amount of power without getting additional utility infrastructure," Spillane said.

Khuda estimated this model of electricity consumption would save 8-10 percent of typical power costs.