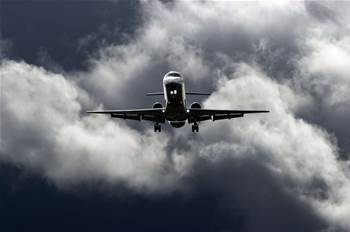 Travellers flying into and out of Sydney can expect a decrease in the level of flight disruptions from Tuesday March 19 when a crucial landing system is reactivated.

Sydney Airport's instrument landing system (ILS) was shut down by Airservices Australia for a major systems upgrade this month.

The government agency has been spotted testing the upgraded system over the past week using its own plane, which carries the flight number ADA03.

Flightradar24 confirms that the plane has made a number of test flights looping the Sydney metropolitan area. 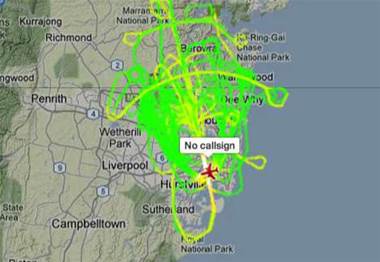 "We are currently flight testing and calibrating the Sydney ILS following the upgrade works," an Airservices Australia spokesperson told iTnews.

"It is anticipated that the ILS will be back in operation as a category I service by 19 March 2013."

The aim of the upgrade is to enable Sydney Airport to introduce a category II service, which would allow pilots to "approach the runway to a lower altitude ... allowing landings to occur in lower cloud conditions".

Sydney Airport said it would take up to a year to achieve an ILS category II rating, but that doing so would reduce occasions where planes otherwise have to divert due to poor weather.

While the upgraded system is expected to result in long-term gain for airlines, many have experienced some short-term pain while the existing system was shut down for upgrade.

Fairfax media reported earlier this month that over 40 flights were cancelled and many more delayed on a day of poor weather where the ILS was switched off for upgrade.

"Since the instrument landing upgrade works began, Jetstar has felt the impact of increased congestion coming into Sydney when weather conditions have been poor and this has led to some delays and cancellations," a Jetstar spokesperson said.

A Qantas spokesperson said the airline is "endeavouring to minimise the disruption through reductions in our operating schedule when poor weather conditions are forecast."

"We have posted a note on qantas.com to advise customers that in the event of adverse weather conditions, air traffic around Sydney Airport might be affected and customers may experience delays to flights departing from and arriving into Sydney Airport," the spokesperson said.

A Virgin Australia spokesperson confirmed that "the upgrade has affected our operations as it has the entire number of operators at the airport."

"We're looking forward to its completion," the Virgin spokesperson said.

A spokesperson for Tiger Airways Australia did not address questions about delays or cancellations due to the ILS upgrade, saying only that "any improvements which enhance aircraft navigation capability, such as the ILS system upgrade at Sydney Airport, are welcomed".

Airservices Australia provided to iTnews a specification list of updates that have been performed at Sydney: