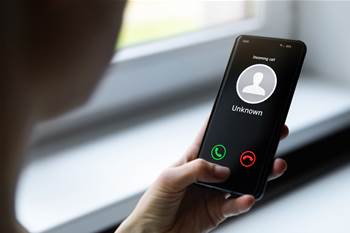 The Australian Communications and Media Authority has joined forces with the US Federal Communications Commission to combat unlawful robocalls and caller ID spoofing.

Under a memorandum of understanding (MoU) inked this week, the two communications regulators will work together “more closely” to address cross-border scams.

The MoU [pdf] will see the pair “share intelligence, assist each other in appropriate investigations and coordinate enforcement against cross-border entities”.

It follows the introduction of a new code in December 2020 that requires Australian telcos to detect, trace and block scam calls to phone numbers.

Around 55 million scam calls were blocked in the first four months, with 20 of these ‘Wangri’ – or ‘one ring and drop’ – scam calls, which often originate from an international number.

ACMA chair Nerida O’Loughlin said the new agreement will further strengthen the relationship between the two regulators around unsolicited communications.

“Scam activity has significant social and economic impact on consumers, with the scale and sophistication of malicious activity increasing,” she said in a statement.

“This agreement will see us working closer with our American counterparts to crack down on unsolicited communications in instances where cross-border issues are involved.”

“With these irritating calls coming from near and far, we need international cooperation, information sharing, and enforcement to address this matter,” she said.

“I want to thank our Australian friends for working with us on this agreement.

“By joining together we can help get these scammers off of our networks and protect consumers and businesses around the world.”

According to Australian Competition and Consumer Commission Scamwatch data, Australians lost more than $48 million to scam calls in 2020.