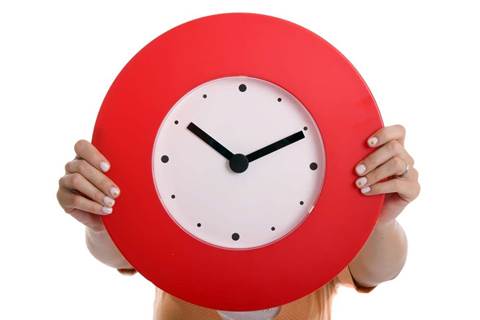 Telcos that are slow to revamp IT billing systems to reveal close to real-time spending by consumers could find themselves unable to bill for high excess usage.

The Australian Communications and Media Authority had softened but did not revoke entirely the 'transitional' arrangement it had proposed several months ago in its draft Reconnecting the Customer inquiry report.

A key reason behind the inquiry was to find a way to stamp out bill shock, a key source of complaints in the sector.

The industry has agreed to introduce data usage tools into the industry code that governs telecommunications providers' activities in Australia - a move welcomed by the ACMA.

But the ACMA has demanded industry give consumers more information about service use and the expenses they were racking up as close to real-time as possible.

It wants telcos to offer "expenditure management" systems that will warn customers by SMS when they hit 50 percent, 80 percent and 95 percent of their included value limits.

The messages would have to disclose any consequences of going over the 'soft cap' limit and any data that might not be included in the calculation - for example, roaming costs.

The ACMA acknowledged some service providers would have to improve IT systems to allow expenditure management tools to operate.

But it effectively warned it would not tolerate telcos who dragged the chain on making IT changes.

"[The ACMA initially] suggested that, for a period of up to 12 months, where the [consumer's] plan offered is not subject to a hard cap or shaping, and none of the expenditure management tools described above are available, service providers would be prevented from billing consumers an amount in excess of a specified figure—for example, 30 percent over the minimum monthly payment required or 30 percent over the preceding month's bill, unless they could establish special circumstances," the watchdog said in its report [pdf].

That did not go down well with the telecommunications industry.

The industry pointed to "technological difficulties" that made expenditure management a hard proposition.

"Industry representatives argued that service providers do not currently have the technological capacity to provide real-time expenditure or usage tools and would not be able to meet the requirement to introduce such tools if required to do so."

The industry further argued that the structure of postpaid plans made expenditure management difficult.

"Most 'included value' plans operate so that the discounts or other entitlements within the plan are applied to the consumer's bill at the end of the billing period," the ACMA noted of industry criticism.

"This means that accurate information about a consumer's expenditure under an included value plan will not be available until the end of the billing period."

The industry also argued that consumers who wanted a real-time lid on their costs should use prepaid services instead, the billing systems of which were already enabled for real-time information.

In that climate, the industry "strongly opposed" the ACMA's plan to "incentivise" them to introduce expenditure management tools as it would effectively make telcos responsible for huge bills.

"It was suggested that restricting the ability of providers to recover costs incurred by their customers could have unintended consequences and encourage some unscrupulous consumers to deliberately exceed their plan, knowing that excess costs would not be recoverable," the industry reportedly suggested.

The ACMA bought little of the industry line, choosing only to slightly soften its stance.

"The ACMA believes an appropriate transitional measure (for a period of up to 12 months) would be to require service providers that do not offer spend management tools in accordance with its proposal to impose a 'hard cap' on any included value plans not normally subject to a hard cap or shaping," the watchdog said in its final report.

"The hard cap would be imposed where a consumer incurred charges that were 50 percent above their minimum monthly spend.

"In other words, a consumer's plan would be temporarily suspended when it was 50 percent over the minimum monthly spend."

The telcos have already voluntarily started moving into line on real-time data.

Optus this week introduced "near real-time" alerts based on data from the billing system that was up-to-date "within minutes of use".

The carrier said the IT changes had taken it about two-and-a-half years to make.

Vodafone said in a statement that it gave customers the ability to check balance and usage and to receive SMS alerts "when they have reached a specified spend threshold".

A spokesman for the carrier did not respond to questions by iTnews about how 'real-time' the information was.

It is believed many continue to rely on data that is between 24 and 48 hours old for some products.

Lingering delays in feeding real-time data from the billing system to an expenditure management tool was the reason ACMA had sought an SMS warning to consumers at 95 percent use.

The five percent was intended as "leeway" so that consumers still had a short amount of time to take action before breaching 100 percent of their 'soft cap', an ACMA spokesman said.

The ACMA said it would work with carriers on the delays it took to surface usage and expense data from billing systems. It also wanted to see the extent of those delays published to consumers to help them understand what their bill might look like.

The softening of the ACMA's stance on real-time data came for two reasons.

First, it acknowledged that telcos who take a wholesale feed from somewhere else are reliant on their supplier for usage information.

Typically that came in 24-hour 'dumps' although the ACMA said that it could take up to five days to receive.

Up-to-date billing data is also difficult in situations where a customer has roamed to another carrier network, particularly overseas.

The telco sector has five months to make changes to its own code of conduct to incorporate the ACMA's demands, consult on those changes and submit the revised code to the ACMA for registration.

The ACMA has already warned that should the revised code not address its concerns, it could introduce an industry standard instead.

While consumers would be the winners if expenditure management is introduced for postpaid plans, the makers of operational and billing support systems also stood to benefit.

Several had been campaigning recently to have telcos upgrade their billing systems to unlock new revenue opportunities. Compliance could be the next best excuse for a round of upgrades.