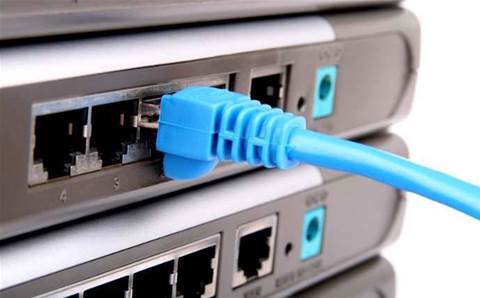 Users of FTTN/B services on the NBN are likely to see a vast range of wi-fi speeds at home, “from mediocre to excellent”, an analysis of modem router performance has found.

The Australian Communications and Media Authority (ACMA) today released the results of a modem quality study it commissioned Enex to undertake earlier this year.

The results are laid out by manufacturer and model, but are not ranked against one another per se.

The results were hotly anticipated given NBN Co conducted a study on modem router quality of its own and found some underwhelming - but refused to say which ones.

Both studies came about because NBN Co has long suspected that aspects of a consumer's end-to-end connection beyond the company's control have a disproportionate negative impact on speeds - for which NBN Co then wrongly gets blamed.

FTTN/B users either receive a modem router from their retail service provider or buy their own.

Many have wanted to know whether their device is under-performing, and causing unnecessary degradation of their internet service.

The ACMA-commissioned study found all modem routers bar one “performed strongly when directly connected to NBN”.

“However, the wi-fi performance of the modems tested ranged from mediocre to excellent,”  ACMA chair Nerida O’Loughlin said in a statement.

In its report, Enex said that “a large number of devices have 2.4 GHz wi-fi that is incapable of supporting the higher data rates currently offered by FTTN/B NBN services.”

“In fact, some of the devices tested were barely capable of supporting the lower data rates offered by certain FTTN/B NBN services,” the tester found.

Enex said that the large performance gap “was due to a mixture of older technology and a limited number of antennas (spatial streams) being present in certain devices.”

“For example, some devices used 802.11n or very early 802.11a/b/g technology, with limited, if any support for multiple antennas,” it said.

Enex found that shelling out for a more expensive modem “did not necessarily yield greater performance in terms of internet link speeds and wi-fi range and performance”.

“In many cases significantly lower priced devices outperformed (in real world terms) many of the more expensive devices, even those from the same manufacturer,” Enex said.

Enex also said that further speed losses may be incurred by “compatibility issues between a consumer’s wi-fi devices and their modem/modem router”.

“[This] is likely to result in them being unable to achieve optimal performance of their FTTN/B NBN service,” it said.

Still, the ACMA thought there was room for NBN retail service providers to better communicate about the capability of devices, particularly those they supplied.

“Consumers should also ask their telco about the performance they can expect from the modem supplied to deliver their service.”

The ACMA published advice for consumers on how to improve the wi-fi performance of their modem router.