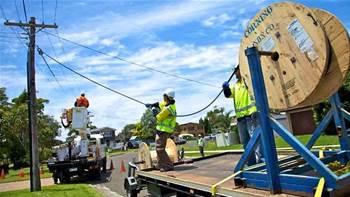 The ACCC has shelved planned updates to the core regulatory agreement governing how services are supplied over the NBN, pending the outcome of ongoing pricing discussions between NBN Co and its main internet service providers.

NBN Co has been trying to update the special access undertaking (SAU) since May of last year.

However, the ACCC rejected the edits in March this year over concerns they were too broad and would remove regulatory oversight.

Despite amendments being resubmitted, the process is no closer to being finalised, with the ACCC indicating today it will hold off on making a decision until a separate process being conducted by NBN Co is completed.

NBN Co has found itself under sustained pressure this year over its pricing construct. Although it has made some headway in reducing its connectivity virtual circuit (CVC) charge, concerns remain about whether the construct is feasible in the long term.

One of NBN Co’s challenges is that CVC charges are a key way for it to earn revenue and thus make a financial return for the government on the public investment in the NBN project.

For the past few months, NBN Co has been consulting with its major retail internet service providers to find a more acceptable pricing construct.

The ACCC indicated in August it was watching that process closely to see whether the outcome might affect its consideration of SAU changes.

ACCC chairman Rod Sims said today that the commission had decided to hold off on any SAU changes and let the pricing consultation by NBN Co “run its course”.

“We do not think it is appropriate to make a decision on the SAU variation until the pricing consultation is further progressed,” Sims said in a statement.

“If that process results in change to the pricing model and further changes to the SAU arrangements are required, then NBN Co will need to submit a new SAU variation to the ACCC.”

The ACCC process has already taken 1.5 years. It is unclear when NBN Co’s price inquiry is due to wrap up, and therefore when the SAU change process might be restarted.